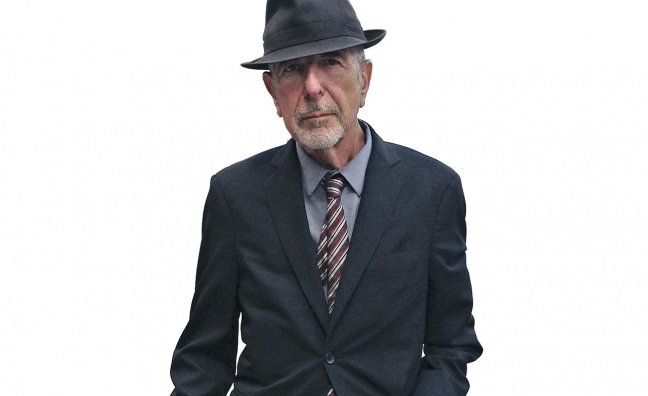 A few weeks after the release of his last album, Canadian songwriter, poet and performer Leonard Cohen has died, aged 82.

The news was announced on the singer's Facebook page: "It is with profound sorrow we report that legendary poet, songwriter and artist, Leonard Cohen has passed away. We have lost one of music's most revered and prolific visionaries," read the FB announcement.

No reason was given about the cause of death, but when he appeared a few weeks ago at an event in Los Angeles for the launch of his latest album, You Want It Darker (Columbia), out on October 21, he was described as in poor health by the journalists who attended the event.

On the FB page it said that "a memorial will take place in Los Angeles at a later date. The family requests privacy during their time of grief."

Cohen, who was born in Westmount, Quebec in 1934, started his career as a poet in the early 60s and later in his career embraced the music world as a songwriter and performer. His first album, Songs From a Room was released in 1969 on Columbia, fittingly the same label as Bob Dylan, as they were both signed by A&R legend John Hammond.

Dylan and Cohen were in the mutual appreciation club. Bob Dylan once said to Cohen "As far as I’m concerned, Leonard, you’re Number 1. I’m Number Zero." And Cohen repaid him the compliment years later by saying, after Dylan received the Nobel Prize for Literature, that it was like "pinning a medal on Mount Everest for being the highest mountain.”

Some of Cohen most enduring songs include Suzanne, Bird On A Wire, The Partisan, So Long Marianne, and especially Hallelujah, which took him five years to write, and which was covered by Jeff Buckley, John Cale, kd Lang, Alexandra Burke, among others.

Cohen was associated with several women, most notably Suzanne Elrod -- the Suzanne in the song -- with whom he had two children, photographer Lorca Cohen and songwriter/musician Adam Cohen, who produced his last album.

In 2005, it was disclosed that he was embezzled by his manager, who siphoned $5 million from his savings. As a result, Cohen, who was never a keen live performer, took to the road and between 20008 and 2013 performed close to 400 shows.

The title track of his last album started with: "If you are the dealer, I'm out of the game, If you are the healer, it means I'm broken and lame." In interviews at the launch of his album mid-October, he dismissed claims that he ways close to death. "I recently said I was ready to die. And I think I was exaggerating. I’ve always been into self-dramatisation. I intend to live forever.”