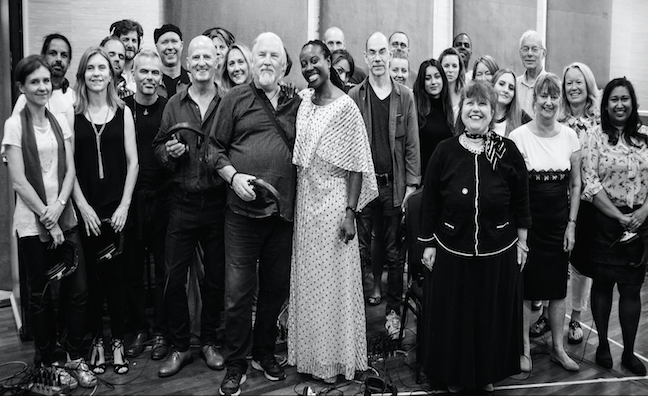 Singer-songwriter Melissa James has released a charity single as part of the initiative SING4SANE, aiming to raise awareness of mental health issues.

The song, Live Again, was recorded in August at RAK Studios as part of a Big Sing event. All proceeds will go to mental health charity SANE.

James will be performing the single on Sunday November 13 at Caffe Nero Piccadilly, with support from country singer Katy Hurt. The coffee chain has supported the project, alongside Mental Health First Aid England.

The first performance of the song took place in February this year at Heathrow’s Caffe Nero, where James asked the public to join her. The song was then recorded in August with 27 volunteer participants forming her backing choir.

John Mager, one participant, said: "I feel privileged to have been a part.  What I found so fascinating was that we arrived as people without much of a connection...However, at the end of the recording, several hours later, we were a cohesive group that hugged and embraced, with a thirst for more."

The song was written from the singer’s personal experience of mind ill health and will feature on a forthcoming album, Stripped Back, which follows her debut Day Dawns released in 2012.

James said: “What I realised from staging the SING4SANE Big Sing is that the people who stood alongside me did it because they "got" what I was trying to do and that's why they gave their time.  I hope now that the release of the SING4SANE version of Live Again will also encourage a bit more mind health awareness and more open talk of the importance of the healthcare of our minds."

Live Again is available now from all online music outlets.