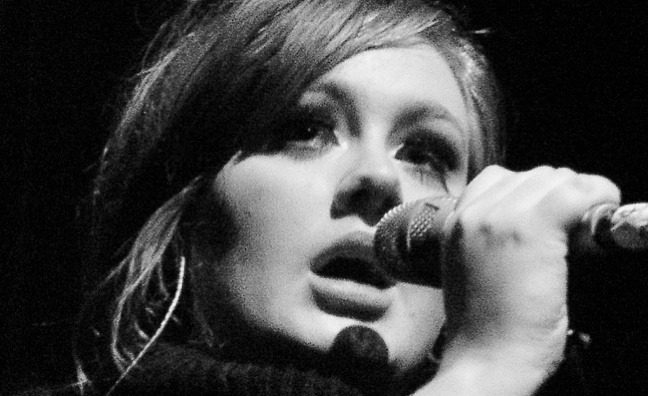 Adele is reportedly is set to sign a £90 million record deal woth Sony Music in the coming weeks. The contract will top the £80m EMI paid Robbie Williams in 2002. A Sony source said: “We have secured the biggest music star in a generation. This is massive. Adele’s deal with her original label XL expired and we’d an existing relationship with her in America. The deal is being worked on by our Columbia label in the US, but is worth £90 million and gives Sony the rights to release her future music exclusively around the world.” (The Sun)

UK music figures back campaign to stay in EU

Universal Music UK boss David Joseph, Rough Trade founder Geoff Travis, artists such as Jarvis Cocker, Paloma Faith, Alt-J and members of Bombay Bicycle Club, Rudimental and Hot Chip are among 300 signatories who have backed an open letter calling for the UK to stay in the EU. The Britain Stronger in Europe campaign is bidding to drum up public support ahead of the national referendum on June 23. They argue that leaving the EU would have "lasting and far-reaching consequences for the future of this country for generations to come". (Billboard)

Eagles of Death Metal have been dropped from two French music festivals after singer Jesse Hughes reiterated his suggestion that security at the Bataclan was complicit in the 2015 terror attacks. Organisers of the Rock En Seine and Cabaret Vert festivals have dropped the band from their line-up, saying they are "in total disagreement with Jesse Hughes' recent allegations”. (BBC)

The biggest The Great Escape festival to date came to an end in Brighton on Saturday. More than 450 shows were spread across three days covering every imaginable genre. Festival general manager Kevin Moore said: “What an unbelievable year; from Craig David on Thursday to Loyle Carner in the early hours of this morning, we’ve had an unbelievably high-calibre line-up of emerging artists from all across the musical spectrum – it’s hard to actually process the range of acts we’ve all discovered over the three days. Beyond this we’ve really seen the importance of The Great Escape’s convention, with this year’s strands shifting the debate on YouTube’s role in the music industry and setting the agenda on musicians and mental health, and we’ve had an amazing introduction to The Late Escape, a brilliant Raindance film festival and just generally some of the most cutting edge live entertainment you will experience anywhere in the world. Our priority now is trying, somehow, to top this in 2017.” Read Music Week's recap here.

Live Nation has acquired INDMUSIC, a music-focused company that helps artists and labels manage their rights on YouTube. Brandon Martinez and Jon Baltz founded INDMUSIC in response to the struggles musicians, labels and creators faced when managing their IP and music rights on YouTube. “Live Nation has one of the largest digital platforms in the music space but due to the transactional nature of our traffic we’ve been historically underserved in video and have not had a central place to service our portfolio of leading music brands or artist partners,” said Jordan Zachary, Chief Strategy Officer at Live Nation. “The INDMusic team has been in the trenches building the foundations of an artist-forward administration business specific to the new UGC ecosystems, like YouTube, which differ greatly from other streaming platforms, such as Spotify.” (Videoink)

British artists’ share of domestic album sales reached an 18-year high (at 54.7%) in 2015, making up seven of the top 10 annual best-sellers in the Official Charts, according to the BPI’s Music Market 2016 yearbook. British music’s exports to key markets around the world also grew, as UK acts, led by the extraordinary success of Adele’s 25, claimed a 17.1 per cent share of the global albums market – equivalent to around one in every six artist albums sold worldwide.  However, total industry revenues including performance rights grew by only 0.6% in 2015, with income from sales and streaming of recorded music, including the share that can be passed on to artists, dipping by 0.9% to £688 million. This disparity is explained by pure ad-supported platforms, in which YouTube is the dominant player, contributing 4% – just £24.4m – to this total, despite increasing by 88% year-on-year to represent nearly a fifth of total music consumption.

The 2016 Hyundai Mercury Prize is open for entries until 6pm on Friday, June 3. Albums by British or Irish artists released between Saturday, September 26, 2015 and Friday, July 29, 2016 (inclusive) are eligible for entry.Record labels wishing to submit albums can sign up to receive more information at www.mercuryprize.com/info

International Music Summit has finalised its schedule for the ninth IMS Ibiza programme.  At the forefront of the conversation at this year’s IMS Ibiza will be the issue of gender equality within the electronic music genre. The discussion returns this year and is held in association with Shesaid.so – a carefully selected network of women with active roles in the music industry. It will mark the third time IMS curator Ben Turner has presented this discussion. Keynote speakers taking part include B. Traits, Media Nanny CEO José Woldring, Motive Unknown director Lucy Blair, CAA senior agent Maria May and artist and label boss Nicole Moudaber.

This week's Music Week features a Big Interview with MIDEM's Jerome Delhaye and an exclusive on The Stone Roses. Elsewhere, we examine both sides of the secondary ticketing debate ahead of the imminent Waterson report and look at the rise of the Slam Dunk Festival, which celebrates its 10th anniversary this year.