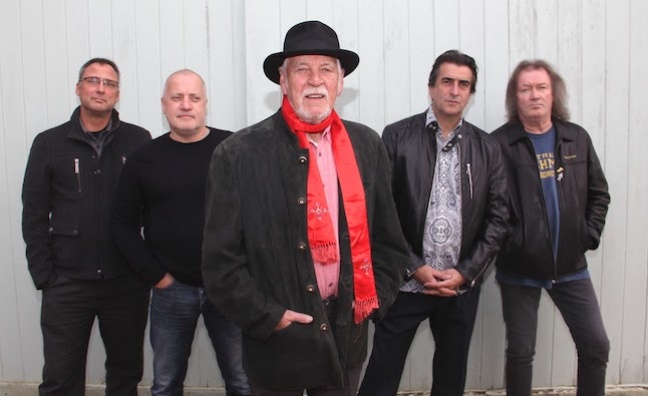 Gary Brooker, singer, pianist and composer of Procol Harum, has passed away, aged 76.

He died peacefully at home following a battle with cancer.

From his first single with Procol Harum, 1967’s A Whiter Shade of Pale, Brooker and the band went on to release 13 albums.

Mark Lundquist, a friend and colleague of the late singer, said: “Gary was a very special person - you knew this as soon as you met him. People like Gary are rare. I had never met anyone like him before; and feel extremely fortunate to have known him personally as well as professionally.”

Very sad to hear that Gary Brooker has died. A lovely man, RIP. Whiter Shade Of Pale topped @PPLUK’s People’s Chart in 2009 - celebrating 75 years of PPL. The chart was broadcast on @BBCRadio2 & the song was, back then, the most played record of all time in the UK. https://t.co/qzjmgFHN6i

Whiter Shade of Pale topped the Top 75 PPL chart, celebrating the company’s 75 years back in 2009, which aired on BBC Radio 2. Based on PPL data, it was the most played and broadcast song over that entire period in the UK.

Brooker played, wrote and sang for Eric Clapton’s band and with Bill Wyman’s Rhythm Kings, toured with Ringo’s All-Starr’s, and contributed to solo projects for Paul McCartney and George Harrison. He also recorded vocals for the movie Evita.

He was awarded an MBE in 2003 in recognition of his charity work. Fundraising came via No Stiletto Shoes, a side-project band that delivered the music of his earliest influences. His last fundraiser was in early 2020 at London’s O2 Arena raised over £1 million for the Royal Marsden Hospital.

Gary Brooker is survived by his wife, Franky, who he married in 1968.