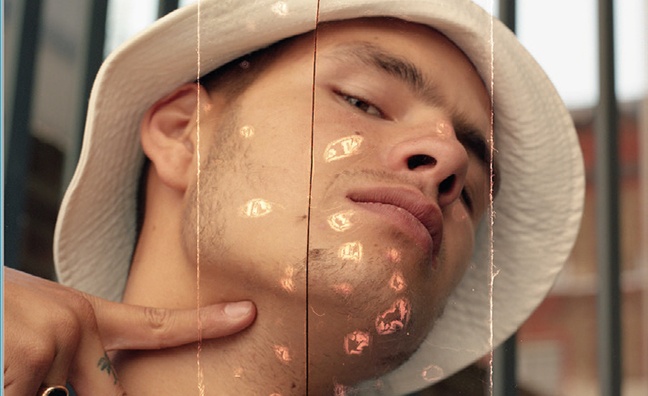 Physical music takes over the current edition of Music Week, what with cover star Doug Putman's plans to save HMV, Record Store Day UK's Megan Page and punk icon Frank Carter all chipping in on the brilliance of vinyl.

Happily, the wait for 2019's installment of vinyl's day in the sun is almost over, and whether you plan to queue at the crack of dawn or mosey in mid-afternoon, there's likely something for you this Record Store Day. All the action kicks off tomorrow, so for now take a look at five hot releases from this year's selection.

Anderson Paak – Bubblin
(Aftermath/12 Tone Music, LLC)
We’re going to go out on a limb here and say this coming weekend is a big one for Anderson Paak fans. Not only is the Californian rapper releasing his new record Ventura today (April 12), he’s dropping Bubblin on 7”. Originally released digitally in 2018 alongside a remix version featuring Busta Rhymes, Bubblin is a three-and-a-half minute excursion that can handily be described using just its title. Paak’s bars fizz and pop, as beats skitter and slide underneath. Packaged on neat cream-coloured vinyl, this looks a worthwhile treat indeed

Aretha Franklin – The Atlantic Singles Collection 1967
(Rhino)
This box set houses five singles from the Queen Of Soul, all released in 1967. That year saw Franklin release three records (take that, The 1975) Take It Like You Give It, I Never Loved A Man The Way I Loved You and Aretha Arrives. Their tracks pepper these five 7”s which, it must be said, surely represent some of the best songs collected together for Record Store Day this year. Respect, A Natural Woman (You Make Me Feel Like) and Chain Of Fools, they’re all there.

Pearl Jam – Live At Easy Street Records
(Monkeywrench Records)
Devoted supporters of the vinyl cause long before Record Store Day was even conceived, it’s hard to think of a better act than Pearl Jam to be its official ambassadors in 2019. Not only have they written classic songs about vinyl (Spin The Black Circle and Let The Records Play), they’ve also put that love into action, too. Rewind all the way back to 1994 and they even took the rare step of releasing their classic album Vitalogy on vinyl a fortnight before its eventual CD and cassette release. That dedication has stuck with them, be it remastering and reissuing their catalogue on the format or special ‘Vault’ releases on Jack White’s Third Man Records. As one of the most highly-acclaimed rock bands of all time, they have released hundreds of official and authorised bootleg live album, and one of them was 2006’s Live From Easy Street Records. It’s a set that, yep, you guessed it, was recorded live in the intimate environs of Seattle’s Easy Street Records store in 2005. And good news! It’s going to be made available on vinyl in a single LP, gatefold package.

Mark Ronson & Miley Cyrus – Nothing Breaks Like A Heart
(Columbia)
While he was making his upcoming album Late Night Feelings, Mark Ronson played his favourite sad records to inspire him. Then, he made a sad record all of his own, and this countrified banger – which hit No.2 when it came out late last year – was the first taste of it. For Record Store Day, it comes on a sparkling 12”, backed by a remix from Dimitri From Paris and a ‘Boston Bun’ version. What better way to whet your appetite for Late Night Feelings?

Slowthai – Doorman/Peace Of Mind
(Method Records)
The clock is ticking towards the release of Slowthai’s debut album Nothing Great About Britiain (May 17) and the Northampton rapper’s Record Store Day release is a 12” double A-side housing the Mura Masa-produced Doorman and Peace Of Mind, his first release of 2019. The record itself is regulation black, but the artwork, like the bulk of Slowthai’s visual output, will make you look twice. Yes, those are close-ups of his beady eye and gappy grin, leering out from the sleeve as if torn from his face. Record Store Day is as much about new music as it is the classics, and Slowthai takes his rightful place at the forefront this year.

By George Garner and Ben Homewood