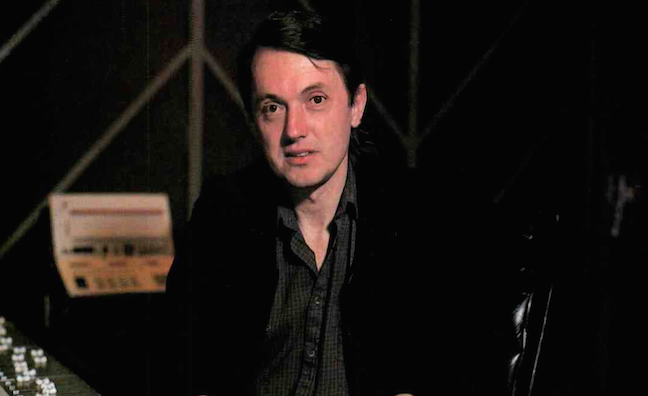 Respected engineer/producer Bill Price has passed away at the age of 72.

Price was one of the industry’s most acclaimed engineers, having worked with the likes of The Clash, The Sex Pistols, Guns N' Roses, The Libertines, Babyshambles, Tom Jones, Sparks, Paul McCartney, The Jesus and Mary Chain, The Waterboys, Blondie, Elton John, Rod Stewart, INXS, Roxy Music, The Pretenders, Pete Townshend and many more during his career.

His funeral will take place at 1.45pm on January 26 in Bath. Family have requested that in lieu of sending flowers, any donations should be made to The Dorothy House Hospice at www.dorothyhouse.org.uk.

Price began his music career in 1962 as staff engineer at Decca Studios in West Hampstead, where he engineered sessions for John Mayall, Eric Clapton and The Moody Blues, and recorded a string of worldwide hits for artists such as Tom Jones and Engelbert Humperdinck. One of the final recordings he helped engineer at Decca was the multi-million selling Reflections of My Life by The Marmalade in 1969.

He was then tapped by George Martin and his partners for the position of chief engineer at the new AIR Studios facility in London's West End in 1970, where he recorded the Live And Let Die album soundtrack with Paul McCartney and Wings, and mixed Nilsson's Without You and Roxy Music’s For Your Pleasure.

Toward the end of the '80s, Price worked with the likes of Rod Stewart, INXS, Pete Townshend, Elton John, the Jesus and Mary Chain and Big Audio Dynamite. In the early ‘90s Bill mixed Guns N’ Roses’ Use Your Illusion I, Use Your Illusion II and The Spaghetti Incident albums, while the later '90s saw him producing The Waterboys and mixing The Stone Roses.

In 2004 he worked with The Libertines and Babyshambles the following year. More recently, he was officially commissioned to produce an instrumental version of the recording London Calling for use by the 2012 Olympics Games in London, and in 2013 he remastered and remixed all of The Clash’s studio albums (The Complete Studio Albums) for Sony Music.

Price is survived by wife Denis and son Billy.