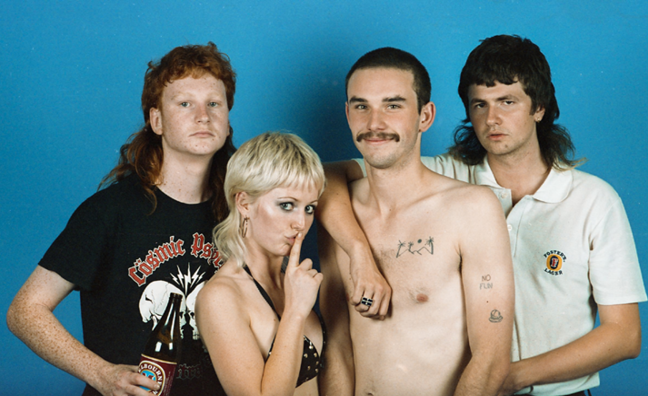 What to expect from The Great Escape this year then? Who will star on the seaside?

While many in the industry would undoubtedly welcome the prospect of one day looking back at TGE 2018 as the year the next Adele or Ed Sheeran played to a café half-full of slightly tipsy delegates, we’ve come to know that this festival is about a lot more than all that.

Yes, the hit rate is undeniably strong – Sigrid’s sets in 2017 proved the springboard for a big splash, while chart-topper Rag’N’Bone Man turned up for a triumphant south coast homecoming – but The Great Escape’s measure of success is varied. And that fact should be embraced

The acts on the bill run the gamut from unsigned and hopeful to signed, charged up with record company dollar and certain to break. For some, securing a manager, publisher, sync deal or even a big city headline show will constitute success, while others will expect no less than emerging as the talk of the town heading into a busy festival summer.

In the new edition of Music Week, which is out now and will be available to every delegate in Brighton, we tell the story of the famous festival. Subscribers can read the TGE story online here and catch up on our interview with TGE co-founder Martin Elbourne here.

Scouring this year’s line-up is as rewarding as it is any other year, and anyone decamping to the seaside today can surely look forward to at least 14 ‘Who’s breaking, then?’ discussions each day.

Cast your eye over Music Week’s tips, then, and enjoy the festival…

This South London lot are being followed to their every show (and they play a lot) by a slavering troupe of music industry types. Still unsigned, they’ll be a hot ticket.
Green Door Store, 2:15am, Thursday

A Music Week cover star in January, Catherine McGrath is building nicely towards the release of her debut album, Talk Of This Town, through Warner Bros this summer. But will she be the talk of Brighton?
Marine Room (Harbour Hotel) 2:30pm, Thursday

Opening the Music Week night at Coalition on Friday, Ten Tonnes is doing that Great Escape classic and playing two gigs in one night. So no excuses for missing his buzzing guitar pop, then.
Coalition (Music Week On The Radar), 6:30pm, Friday
Paganini Ballroom (The Old Ship), 10:45pm, Friday

The Northampton rapper’s flow is so grimy that his songs actually sound dirty. His rough and ready rhymes conjure streets with stories and modern day detritus. Brighton on a Friday night will be perfect.
Patterns (Downstairs), 10pm Friday

MS BANKS
The South London rapper is taking 2018 by storm. You’ll struggle to find a set with more attitude than this one. Prime yourself with Banks’ Music Week interview.
East Wing, Brighton Centre, 10:15pm, Thursday

EVES KARYDAS
A new prospect from Down Under. Signed to Island, Karydas stands out as one of the best pop propositions in Brighton this year.
Bau Wow, 12:15pm, Thursday
Beach House, 1:30pm, Saturday

OCTAVIAN
Slurred, Drake-approved UK rapper Octavian makes a rare foray outside London for what will likely be a night to remember. Look out for debut anthem Party Here.
Patterns (downstairs), 9:15pm, Friday

A recent Music Week On The Radar star and a Charli XCX protégé, Cuckoolander promises intrigue and imagination on Saturday afternoon. An appropriate tonic for TGE-weary delegates if ever there was one.
The Hope And Ruin, 3:30pm, Saturday

Music Week is joining the fun by the sea this year, with our In Conversation session with Fraser T Smith set to be a highlight of the conference programme.