Robbie Williams to be honoured with BRITs Icon Award 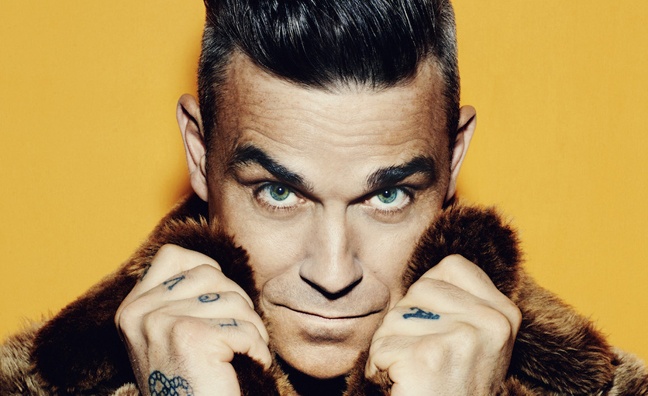 Robbie Williams will be honoured with the  BRITs Icon Award, following in the footsteps of Elton John and David Bowie.

The award is the highest accolade given by the BRIT Awards. It is only presented to artists whose writing, recording and performances have set them apart as having made a lasting impact on British culture, recognising the very highest level of achievement in music.

BPI and BRIT Awards CEO Geoff Taylor said: “Robbie is our most successful-ever BRIT Award winner  – with a remarkable 17 BRIT Awards to date. His enduring appeal and his exceptional track record of hit singles and albums give him a special place at the very heart of British popular music. His songs have become part of the fabric of our modern culture, while his renowned live performances have forged a unique bond with the public at home and fans around the world. He is one of our greatest ambassadors and we are proud to recognise his exceptional talents with our highest accolade – A BRITs Icon Award. We look forward to celebrating his achievements with a spectacular show on ITV.”

To celebrate the award, Williams will play an intimate one-off show at East London's Troxy on November 7. The event will then be televised by ITV in a special 90 minute show to be aired in December. The gala concert will feature performances of many of the singer's hits, along with unique collaborations, highlights from his new album and many surprises. The show will also include an interview with Williams and interviews with key figures who have influenced his career and his life.

“It’s a real honour for me to be given this award and I can’t want to play songs from my new album, and from my catalogue, at Troxy," he said. "The BRIT Awards are very special to me, and I’m humbled to be receiving the 18th of my career next month.”

Tickets for the Troxy gig will be available on Monday, October 10. They are priced £100 (circle seating) and £85 (ground floor standing).

Williams' new studio album The Heavy Entertainment Show is released on November 4 on Columbia Records. He signed to Sony Music earlier this year.