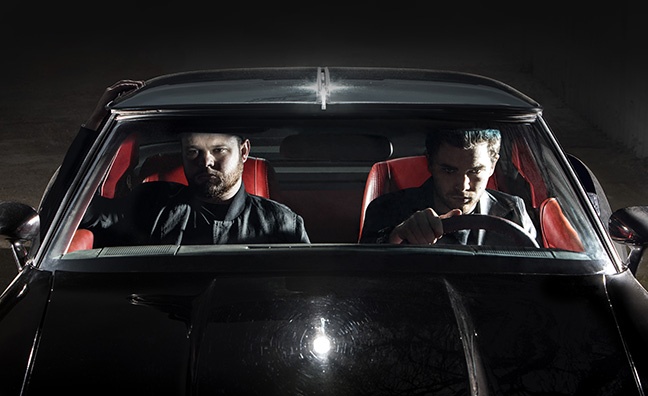 Phil Christie, president, Warner Bros. UK, has told Music Week that Royal Blood’s upcoming second album will be “as big as album one, if not bigger”.

Speaking in the new issue of Music Week alongside the band’s frontman Mike Kerr and Ian McAndrew, CEO of their management company, Wildlife, Christie was bullish about the campaign.

“The challenge is re-introducing a band at a velocity that will allow us to land this album as big as album one, if not bigger,” he said. “Even with the market decline, I think that’s the target.”

He went on to say that “untapped demand for the band’s live shows” will help sustain the campaign. “There’s room in the market to grow from album one,” he continued. “They are a visceral live act, and if you like Royal Blood you have to see them. More people will do that on album two, and that will put us in a far greater position to grow the band globally.”

Royal Blood release their second album, How Did We Get So Dark? on June 16. It is the follow up to 2014’s self-titled debut, which sold 66,000 copies in its first week, peaked at No.1 and has sold 511,987 copies to date, according to the Official Charts Company. It has sold over one million copies internationally.

Read the full interview online here, or in the latest edition of Music Week, out now.