Songs Of The Year... So Far: The Music Week Staff Picks 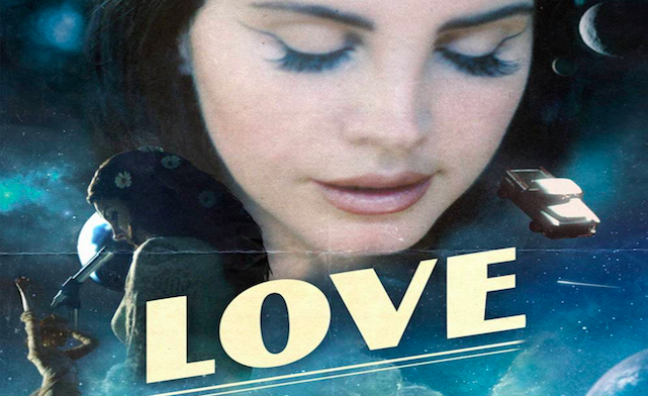 There have been some incredible songs released so far this year. Kendrick Lamar told everyone to be a bit more humble, Katy Perry chained herself to the rhythm and Ed Sheerhan was, er, a castle on the hill? With the first half of 2017 now behind us, in the latest issue of Music Week we ask top names in the biz to tell us their favourite songs and albums to date. MW's staff have already picked their albums, but here we weigh on which track has stood out above the rest in 2017 so far...

It takes something pretty special to make an indie-rock impression these days but Pale Waves would have become your new favourite band whatever era they emerged in. Produced by labelmates The 1975, they look like they’re from the ‘90s and sound like ‘80s indie sensations The Primitives might have done if they’d invented time travel and ram-raided Katy Perry’s stash of awesome pop bangers. Consequently, this is a rare guitar tune as instantly irresistible as anything you’ll find clogging up the top end of the chart, but one likely to stay with you across the decades.

Everyone knows Lana Del Rey is the current YAAAAAS QUEEN of doomed romance songs. But it turns out she is every bit as gifted at channelling the dizzying happiness - no matter how fleeting – that young love spawns. Here Del Rey revels in the minutiae of a fledgling relationship with extraordinary warmth, relaying the pageantry and rituals of dating. It transmits the wonderful, giddy innocence of it all before the moment hearts are torn, tears are shed and Netflix becomes a substitute lover. Bonus points awarded for the exquisite phrasing of the word 'particular' in the chorus. It is an incredible return.

This is my song of 2017 so far because its arrival back in May meant Sheer Mag’s debut album was coming. The Philadelphians are probably the new band I’ve been most excited about over the past few years – along with the similarly abrasive and unpredictable Milk Music – and this is the intro to Need To Feel Your Love (out Friday on Static Shock Records). It’s massive. Kyle Seely’s opening riff is like a cattle prod of punk joy, then when Tina Halladay sings, ‘My head’s spinnin’ from your love’, you know you’re set for a Sheer Mag love song, which fans of their three previous EPs will know they do brilliantly. There’s just so much soul in this single. Then, as usual for this lot, there’s the bonus of a bonkers guitar solo. You’ll know it’s coming when Tina shouts, ‘Spit it, Seely!’

Considered "the future of music" by the one and only David Bowie, Ella Yelich-O'Connor -aka Lorde - faces an unenviable (and near impossible) task in living up to such exalted expectations. But Green Light, her first single in three years, gives a glimpse into the spellbinding talent that so enticed the great man's imagination. The song's brooding verse gives way to not one, but two pre-choruses before the huge, stadium-sized chorus takes hold. A tantalising comeback, Green Light barely scratches the surface of the 20-year-old's almighty potential. And isn't that the most exciting part of all?