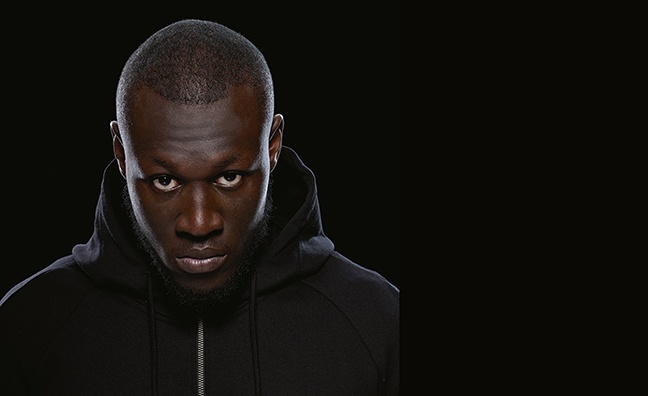 The winners were honoured during a one-hour special, The Year in Music 2017, presented by Claudia Winkleman and Clara Amfo.

Bob Shennan, director, BBC Radio and Music, said: “Congratulations to all the recipients of the awards and to the nominees - the calibre of all the artists involved this year was outstanding. It’s been a brilliant year for music on BBC TV, with our At The BBC specials with Sam Smith, Harry Styles and U2, the launch of Sounds Like Friday Night, and the defining music event of the year, One Love Manchester.

"The Year in Music 2017 on BBC Two really has provided a fantastic opportunity to acknowledge the artists that have made an impact over the past year, as well as reflect on the greatest musical moments - many of which brought people together through their shared love of music.”

Stormzy, who released his chart-topping debut Gang Signs & Prayer earlier this year, was named Artist Of The Year. “I’ve just got to thank my whole team, the Merky team, Fraser T Smith who helped me make an incredible album," he said. "And yeah, I’m actually blessed to be able to say that I’m an artist that’s managed to be regarded as someone that’s worthy of this award. Thank you guys. Love.”

It was a strong showing for Columbia with three out of the four winners - Rag'N'Bone Man, Foo Fighters and Declan McKenna.

"It's great that the BBC have recognised the achievements of Declan McKenna, Rag’N’Bone Man and the Foo Fighters," Columbia UK president Ferdy Unger-Hamilton told Music Week. "It’s been a tremendous year for all three of them and for Columbia Records."

BRITs Critics' Choice winner Rag’N’Bone man was awarded British Album Of The Year for his No.1 album, Human. Foo Fighters took home the award for Best Live Performance Of The Year for their headlining performance at this year’s Glastonbury.

In accepting their award, Dave Grohl and Taylor Hawkins said “I think we should thank all of our fans here in the UK because we really cut our teeth becoming a live band here. You guys really taught us how to be a band that could headline a gig like Glastonbury, so this [award] is for all of us. Thank you very much. It [the UK] is definitely our second home.”

Hertfordshire talent Declan McKenna collected the award for BBC Music Introducing Artist Of The Year. The singer-songwriter first appeared on BBC Introducing at the age of just 15 and released his debut album, What Do You Think About The Car?, this year.

"I'm delighted and honoured to accept this award from BBC Music Introducing," said McKenna. "I'd like to say a big thank you for relentlessly rooting for me throughout the years; no award could ever overshadow the time, effort and support given by so many others to get me to the point I'm at now, and for that I'm eternally grateful!"

The Year in Music 2017 featured musicians and broadcasters giving their views on the highs and lows in the world of music over the last 12 months, including the greatest performances and the biggest stories.