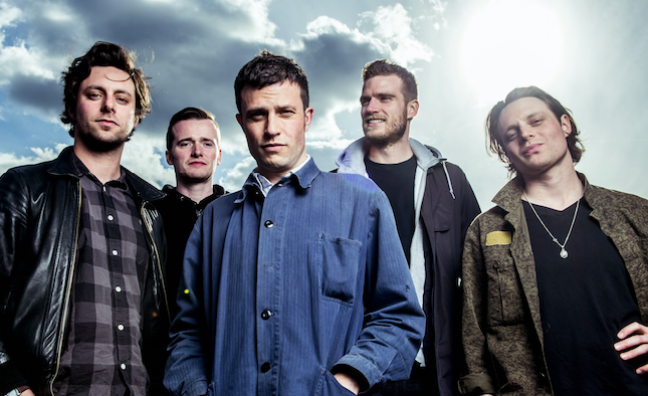 The Maccabees are to play an intimate London show to raise funds for the MS Society.

Announced to coincide with world MS day (May 31), the gig will take place at Omeara in London Bridge on Friday, June 16. The show was organised by guitarists and brothers Felix and Hugo White whose mother had multiple sclerosis and passed away when they were teenagers.

The event will be the last chance for fans to see the band – who announced plans to split up last August – in an intimate venue. It comes ahead of their UK farewell dates at Manchester’s O2 Apollo and London’s Alexandra Palace this summer.

Mystery Jets and Imperial Daze will provide support on the night, while the show will be followed by YALA! afterparty with DJ sets from Foals and surprise guests.

An exclusive exhibition of photographs of The Maccabees taken by the drummer Sam Doyle will be on display, with prints available to buy.

The White brothers have been supporting the MS Society at The Maccabees shows since 2012, raising funds and awareness of the condition which affects more than 100,000 people in the UK. They were named ambassadors for the charity in October 2016.

The brothers said: “Putting on a show for the MS society is something we've wanted to do for a long time. As some will know, it's a cause very close to home as our mother had MS and we have been trying to help the charity where we can over quite a few years. Having got to know the charity too, we know how much amazing work is being done by the people there.

“This is the first chance we've had to actually put together a whole show solely in aid of the MS Society. It’s going to be a special night. We're so glad we have been able to make it happen.”

Tickets go on sale on Monday (June 5) for £30. Tickets for the YALA! afterparty will go on sale on Tuesday (6 June). All the profits will be donated to the MS Society.

Tickets will only be available to subscribers of the YALA! Records mailing list. YALA! Records is a new music label and club night run by Felix White, its last release was The Magic Gang's EP Three.