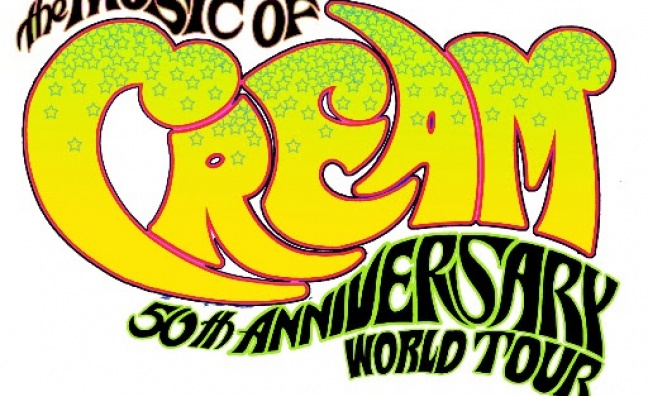 "The other day I had a beautiful visit with my dad," said Kofi Baker, who is part of The Music Of Cream trio with Eric Clapton's nephew Will Johns and Jack Bruce's son Malcolm Bruce. "We talked about memories and music and he's happy that I'm keeping his legacy alive. "Our relationship was mended and he was in a peaceful place. Thank you all for the kind messages and thoughts. I love my dad and will miss him always."

"I have really fond memories of Ginger," added Johns. "When I was a kid, he would play games with me and was always a lot of fun when I would see him at Eric's house. I can remember always asking Pattie [Boyd, aunt], 'where's Ginger, where's Ginger??' He was cool and I loved him."

A Rock And Roll Hall Of Famer as part of Cream, Baker's final release was 2014 solo album Why?, released via Motema Music.

Tributes have flooded in on social media from the great and good of rock'n'roll, including Paul McCartney, Ringo Starr and Mick Jagger, a selection of which can be seen below.

Sad news hearing that Ginger Baker has died, I remember playing with him very early on in Alexis Korner’s Blues Incorporated. He was a fiery but extremely talented and innovative drummer. pic.twitter.com/tZg3IGwP4Z

Ginger Baker, great drummer, wild and lovely guy. We worked together on the 'Band on the Run' album in his ARC Studio, Lagos, Nigeria. Sad to hear that he died but the memories never will. X Paul pic.twitter.com/Rne4tn6A2i

RIP Ginger Baker - who thrilled us all with his massively innovative drumming in CREAM. When I advertised on my (Imperial) College notice board for a drummer to form a group with, I put “‘Wanted : a drummer who can… https://t.co/FnDtbN91Sr

1/2 As a young musician few drummers stood taller or were a bigger musical influence than Ginger Baker...I will never forget the awesomeness of seeing him perform with Cream at Massey Hall on June 5 1968 along side the late great Jack Bruce and Eric Clapton. pic.twitter.com/U033iRN1ke

So sad to note the passing of Ginger Baker. With Jack Bruce & Eric, he was a game-changer in Cream in the 60s and a fabulous drummer. Here's a photo I took of the three of them together when they visited Eric & me in the 70s. pic.twitter.com/jjT65KfclF

Ginger Baker, one of the most innovative drummers in rock music, has died aged 80.

Drummer of Cream, he also played with Blind Faith, Hawkwind and Fela Kuti

Our thoughts are with his loved ones pic.twitter.com/JaoMLTlJ74

I was lucky enough to see @GingerBDrums play with Cream at the @RoyalAlbertHall in 2005. What an amazing, astonishing, phenomenal, ground-breaking musician. #ripgingerbaker ???? https://t.co/g0pHlDhU7U

Very sad to hear of the passing of legendary drummer Ginger Baker. White Room and Sunshine of Your Love summed up the spirit of the late 1960s. Our condolences https://t.co/7t9tqZqtQ6

Very sad to hear of the passing of legendary drummer Ginger Baker. White Room and Sunshine of Your Love summed up the spirit of the late 1960s. Our condolences https://t.co/7t9tqZqtQ6