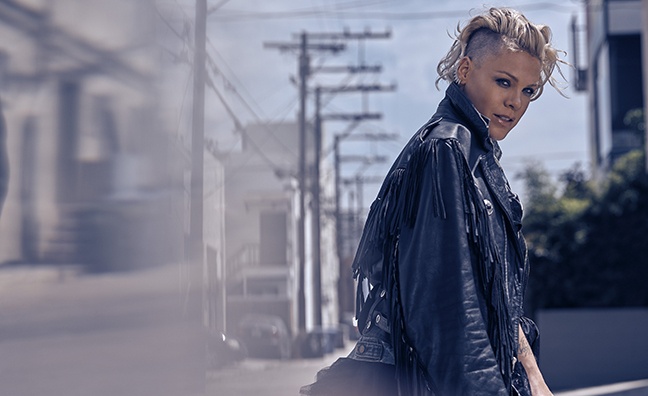 As well as targeting a big No.1 album for Pink next week, RCA MD Neil Hughes has revealed his ambition for the Beautiful Trauma album to make the Top 10 at Christmas.

Speaking in the latest issue of Music Week, Hughes hailed the successful comeback for the US singer with the single What About Us. The track fired up the campaign for her seventh album and first since 2012’s The Truth About Love, which has sold 879,887, according to Official Charts Company data.

“The retail reaction is huge,” said Hughes. “We want a No.1 album, we want to be at least Top 10 at Christmas. Obviously the market’s changed a lot since The Truth About Love but we’ve got one of the biggest songs — if not the biggest song — of her career at that moment so we want to try and match what that record’s achieved."

We want a No.1 album, we want to be at least Top 10 at Christmas

The title track, a co-write with Jack Antonoff, was released last month. It has also emerged that the album features a collaboration with Eminem on Revenge.

“It’s huge, the amount of noise when news gets out around who that is will make a huge impact,” said Hughes.

You can watch the video for Pink's What About Us below