'This album is a band at its peak': The full story on Wild Beasts' final album for Domino 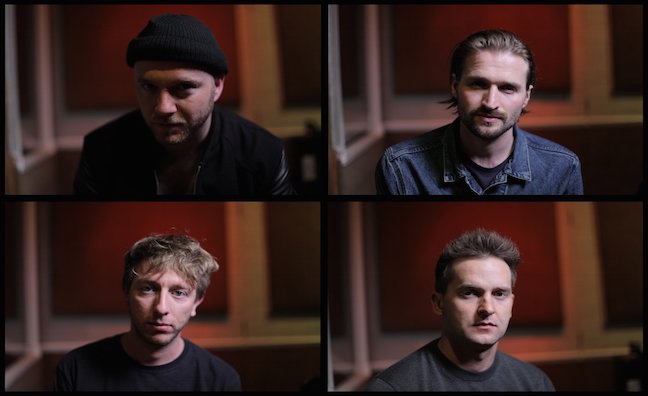 Today marks the release of Wild Beasts’ Last Night All My Dreams Came True, a live record made last summer at RAK Studios, in the wake of the band’s decision to split being made public.

The 13-track album collects cuts that span the Kendal quartet’s five LPs, with a focus on last year’s Boy King. Released as part of Domino’s Documents series, it will be the band’s last output for the label.

When the album was announced at the tail end of 2017, bassist/singer Tom Fleming said, “It’s us as tight and slick as we ever have been. And it’s also us giving the fewest fucks we've ever given. There’s a sense of celebration and destructiveness combined, a sense that the fetters are off. Not that they were ever on... But that sense of limited time before you shuffle off is very much a motivator.”

Wild Beasts certainly made an impact before shuffling off, and have occupied a place as one of the nation’s best-loved indie bands since Limbo, Panto came out in 2008. Two Dancers, from 2009, is their biggest-selling record to date, with 54,474 sales, according to the Official Charts Company.

To celebrate the new record, we quizzed Domino’s senior product manager Bart McDonagh about the band and their heritage…

Where did the idea for the record come from and how did it come together?

The album is the third in the Domino Documents series which aims to capture a band’s live set whilst they are in peak tour condition. The set is recorded & mixed over a two-day period at RAK studios under the watchful eye of Robbie Nelson.

How does the band’s decision to split up affect the campaign?

It was always the intention for the band to be part of the series, so when they made us aware of the split it was a matter of now or never. But be aware the album isn’t a eulogy it is a moment in time, a band at its peak.

What are your ambitions for the album?

To showcase the live beast that is Wild Beasts live.

What have Wild Beasts meant to Domino during their time on the label?

The band are very close and dear to the label, they are like family. We have grown together through the years. They are wonderful kind, intelligent boys who kept us on our toes, always reaching and searching sonically and lyrically. We are lucky to have had them on the label and to have known them as our friends.

What are some of your favourite Wild Beasts memories?

Watching the band in their formative duck walking glory at a gig at the Bloomsbury Bowl. When Limbo, Panto landed in our laps and we thought the band were going to take over the world. When Two Dancers hit and we took over a small, beautiful part of the world. The band playing a transformative set on The Other Stage at Glastonbury last year, heavy of heart knowing it was coming to end, battling with pride and joy at the power and wonder of the show.