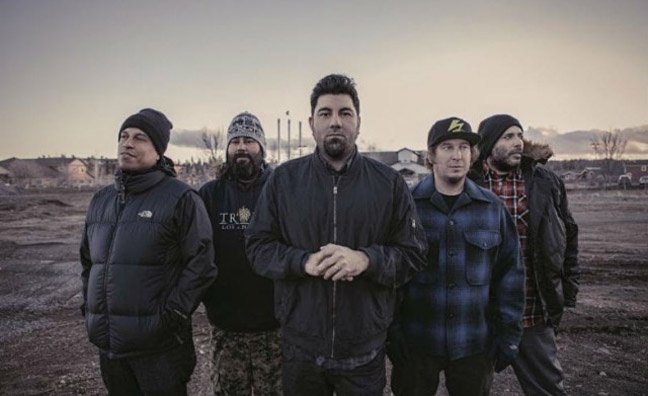 This year’s awards landed in the middle of Kerrang!’s 35th birthday celebrations, and three generations of rockers were honoured. Fresh from headlining The SSE Arena, Wembley,  days ago, Deftones (pictured) were recognised with the Kerrang! Lifetime Achievement Award, presented by Planet Rock. Blink-182 picked up the Icon Award in person – Mark Hoppus and new member Matt Skiba were in attendance to receive the honour.

Kerrang! Magazine editor James McMahon said: “I’m just a year older than Kerrang!, and every day my knees hurt and I’m out of breath putting my socks on. But what last tonight’s mayhem confirmed to me is that even three-and-a-half decades into its existence, Kerrang! is as fit and lithe as it’s ever been.

"No other brand could unite stars old and new like Kerrang! Bound by booze, yes, but by a shared spirit and passion for rock’n’roll, too. Because this night was, from start to finish, one of those nights that sear themselves into your memory – where fans, bands, mag, friends old and new, became one mass of love for a style of music a group of people were so obsessed with 35 years ago they started a magazine, just because one didn’t exist to cover it. By fans, for fans. Thirty five years young. Tonight was the best birthday party ever."

You Me At Six – The Ghost Inside Benefit Show

All Time Low – Missing You

A Day To Remember

Rise Of The Tomb Raider

The Wicked + The Divine

TWEETER OF THE YEAR