Tributes pour in for legendary producer Rick Hall, dead at 85 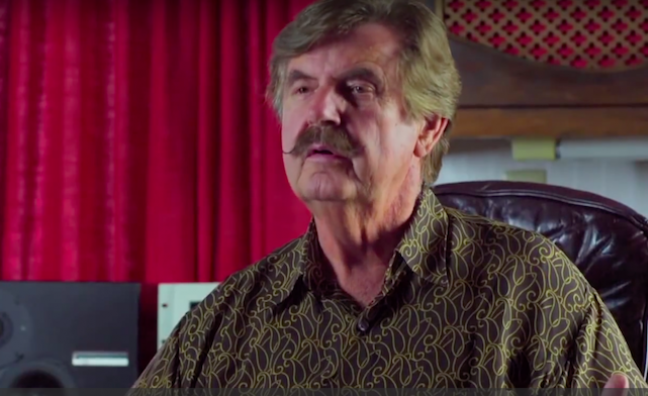 At Fame Recording Studios, Hall worked with some of the biggest soul and R&B artists such as Aretha Franklin, Etta James, Otis Redding and Arthur Alexander. His career also saw him collaborate with both pop and country acts like The Osmonds, Paul Anka, Tom Jones, Mac Davis, Jerry Reed and Barbara Mandrell.

Tributes from the music industry have started to pour in, with artists, labels, politicians and execs paying their respects to the pioneering producer.

Very sad to hear Rick Hall passed away today. A true gentleman. It was an honour to have known him and worked with the great music he made ???? pic.twitter.com/xqftOCdmuh

RIP Rick Hall. Thank you for all the music you helped bring into the world. Sad start to 2018. pic.twitter.com/Hb5ntBvpDp

Fitting that the loss of my hero and friend Rick Hall would finally galvanize this idea I’ve had for a while...I’m going to commit to recording a video each week all year of a song by a hero of mine that’s STILL WITH US. Some you’ll know, many you won’t - and that’s the idea

Rick Hall and his family gave me my first job in the music business, and nobody in the industry ever worked harder than Rick. Nobody. American music wouldn’t be the same without his contributions. His death is a huge loss to those of us who knew him and those who didn’t.

We lost another great one ... RIP Rick Hall, the owner of FAME Studios ... you will be missed. pic.twitter.com/aaR71UcJ1q

The Music world changed today with The passing of the great Rick Hall. Rick was The Godfather of Muscle Shoals Music.

I am blessed to have learned at his feet and happy we have so much fine work to remember him by. Godspeed my friend! pic.twitter.com/GLiKO4Nqkz

I am sorry to hear about the passing of the "Father of Muscle Shoals Music", Rick Hall. He was truly a music legend and one of Alabama's stars. He will surely be missed.

Deeply saddened by the passing of Rick Hall today. He helped shape the face of music forever & in doing so, helped shape me as a person & musician. My thoughts & gratitude are with Rodney & all the FAME Family. pic.twitter.com/MchHyP5kmX

So sad to hear of the great #RickHall’s passing today. ???? Champion of the #MuscleShoals sound and some of the greatest music ever made. It was an honor to work with him on some of my records, and to watch him work with my brothers as well. #RIP @Fame_Music pic.twitter.com/kMmsp6KFGD

Saddened by song producer #RickHall's death. With his legendary talent he harnessed the 'Muscle Shoals sound,' and changed music forever. I had the special opportunity to interview Rick a few years back. What a career, what a guy!
WATCH: https://t.co/Uf1p6fS2jY

A great friend and a true legend passes today. #RickHall thanks for all the music and for making a difference in our lives, we love you Rick see you on the other side. #FameStudios pic.twitter.com/e4EX6H2ifR

Hall was the subject of Greg 'Freddy' Camalier’s acclaimed 2013 music documentary Muscle Shoals, which celebrated the signature sound he developed with songs like I'll Take You There, Brown Sugar, and When a Man Loves a Woman.

You can watch the trailer for Muscle Shoals below: