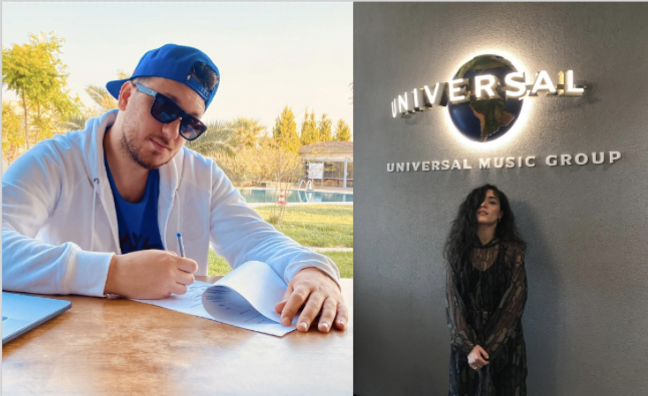 UMT has taken on the artists to further Universal Music Group's growing hip-hop roster across the globe.

Anil Piyanci released his debut album in 2013, and has scored support slots for the likes of Wiz Khalifa, Future and J Balvin and is one of the highest streaming rappers in Turkey at over 1.6m monthly listeners. The artist is also the founder of Yesil Oda, a music studio which was one of the first for rap music in Turkey.

Lil Zey is a rapper, singer and DJ and has performed at Red Bull Music Festival, and Zorlu PSM's Thug Life and Mix Fests. Her debut single with UMT will be released in June this year.

“Today, our hip-hop scene in Turkey is both incredibly popular and vibrant, and a genre that UMT is committed to supporting," said Nazan Haciguzeller, UMT MD. "We are excited to welcome two of Turkey’s most prestigious rap talents, Anil Piyanci and Lil Zey to the UMG artist family.

"Anil, through his Yesil Oda studio, has been one of the architects in shaping rap culture in Turkey for more than a decade. Lil Zey is one of the most exciting young female rappers from the scene, and a name to watch in the coming years.”