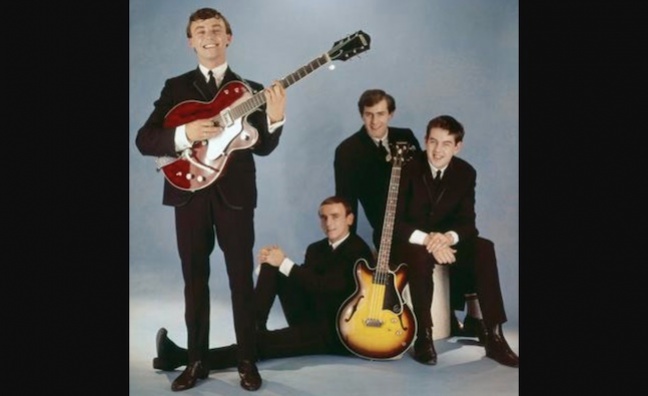 “All of us at Warner Music UK are very sad to learn that Gerry Marsden, the founder and frontman for Gerry & The Pacemakers, passed away on Sunday following a short illness,” said a statement.

“Warner Music UK and the whole of the Warner Music Global Catalogue team, send their deepest condolences to his wife Pauline, their two daughters Yvette and Victoria, and his friends and fans around the world.”

Marsden formed the band in 1959 with his brother Fred, Les Chadwick and Arthur McMahon (who was replaced by Les Maguire). In the early’60s, the group were integral to the emerging Merseybeat sound.

After being discovered by Brian Epstein (they were his second signing after The Beatles), Gerry & The Pacemakers signed a recording contract with EMI/Columbia in 1963. The band secured three consecutive UK No.1s that same year with How Do You Do It?, I Like It and You’ll Never Walk Alone.

They went on to have further success with Marsden’s own compositions I’m The One, Don’t Let The Sun Catch You Crying and Ferry Cross the Mersey.

You’ll Never Walk Alone is the official anthem of Liverpool FC. During the pandemic, radio stations across Europe chose to play it simultaneously in a show of solidarity around the challenges of Covid-19.

Marsden was awarded an MBE in 2003 for his services to charity, including his support for the victims of the Hillsborough disaster.