'We've got a commitment to Sigma': 3 Beat on the return of the drum & bass duo 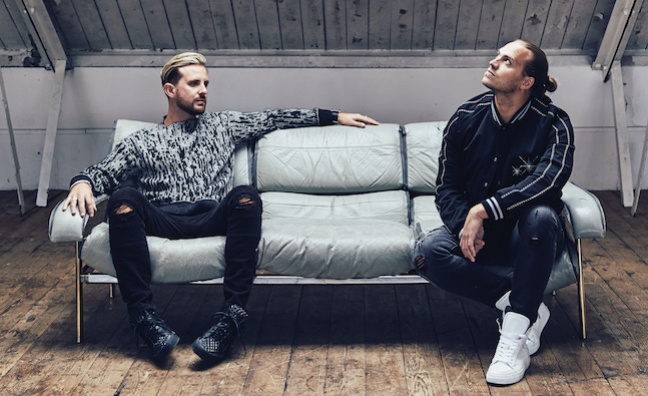 3 Beat founder Jon Barlow has told Music Week that he anticipates Sigma combining singles and album success as they ready their sophomore LP.

The UK drum & bass duo enjoyed a breakthrough in 2016 with debut album Life, although its late 2015 release meant it got overlooked in the following year’s round-up of successful new UK acts.

Life, which peaked at No.28, has sales to date of 119,357, according to the Official Charts Company.

“The debate with Sigma was could we sell an album,” said Barlow. “In terms of copies sold, we stuck a gold disc on our wall. The album doesn’t have to be the end goal, but if you’ve got an artist who continues to write hit records then absolutely it should be.”

Sigma play Electric Brixton on Saturday (October 6) as 3 Beat gears up for their sophomore album campaign.

“We’ve got a commitment to Sigma,” said Barlow. “One of my highlights last year was Sigma selling out the Royal Albert Hall - that’s a hell of an achievement for a drum & bass act.”

Sigma’s 2015 No.1 single Nobody To Love has sales to date of 1,005,341, according to the Official Charts Company. Their current single, Anywhere, is making inroads at the lower end of the Top 100.

“Sigma’s debut felt like a best of Sigma even though it was only their first album,” said Barlow. “It spawned [multiple] singles and we expect six singles from this album. If I get my campaign right, they will be selling bigger venues than the Albert Hall next year.”