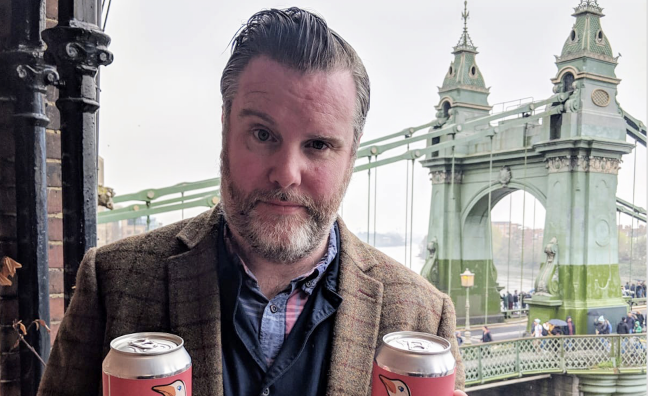 Remember when you didn’t have to make your own coffee? An entirely first world problem, of course, but one of the downsides of the lockdown until recently was not being able to enjoy a caffeine fix to go.

One of the people who used to make mine regularly is Florentine musician Francesco Bondi. As an Italian in London, he was not only one of the best bean brewers, but his superior mixing skills also applied to his songs, which he ’fessed up to making while we were waiting for the espresso machine one day. The noir rock of his last band Keroscene might have served to accompany some more nightmarish moments of the last few months, but he and drummer Jake Sorbie have already moved on to post-apocalyptic era with their new project, Human Creatures.

Punctually called June, the duo’s debut single has its moments of dread, but there is a smouldering euphoria in the purity of the vocals. The pair have made more new music than expected in lockdown, suggesting that Bondi’s coffee-serving days could be numbered. Still, with the beautiful darkness and slow-fused joy of their debut single, who needs caffeine anyway?