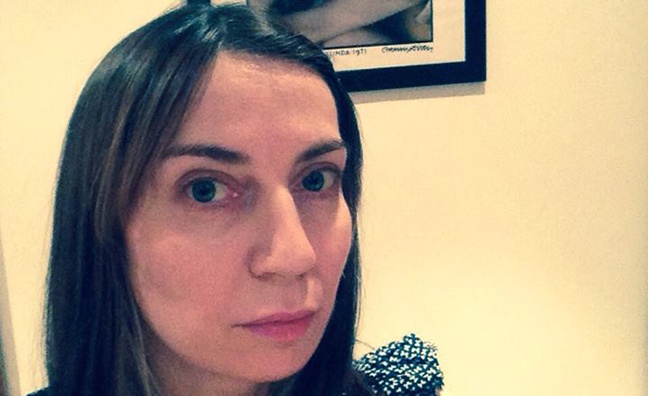 I first heard about Karen Gwyer in MOJO’s Underground column. Always beautifully written, Underground is nonetheless a place densely populated by solemn-looking avant-garde composers and the sort of electronic music more likely to make sync deals with the architects of the apocalypse than get anyone on the dancefloor. In that company, Karen Gwyer stood out. Then – mildly diverting fact – when her press shots arrived, she looked less like Arthur Russell, whose spiritual disco her music has been favourably compared with, and more like a young Patricia Routledge.

Karen Gwyer is an American living in London, where the same electronic scene that sheltered Thom Yorke from mainstream popularity provided a natural home for her early experiments in sound. Eventually, as Gwyer puts it, she tired of being “treated like a warm-up act for DJs” and set out to “challenge a certain way of thinking”. To wit, Rembo, her third album, foregoes much of the furrowed-brow seriousness of the male-dominated Dalston electronic scene for the joyful, emotional intensity of the Detroit techno she grew up listening to in Michigan.

Those looking for simple bangers can keep moving: Rembo is a far odder, more cerebral thing than that. Designed for double vinyl, its eight tracks come in pairs, each titled as a question with its answer. Side A begins with seven minutes of spiralling tension called Why Is There A Long Line In Front Of The Factory; answered with simple, repetitive glee by The Workers Are On Strike, where Linn drum hand-claps and synthetic strings will make an old raver’s heart sing.

My favourite, though, is side D and the glassy chime of Did You Hear The Owls Last Night. Its dreamily gothic response, Yes, But I Didn’t Know They Were Owls, demonstrates a true master at work.