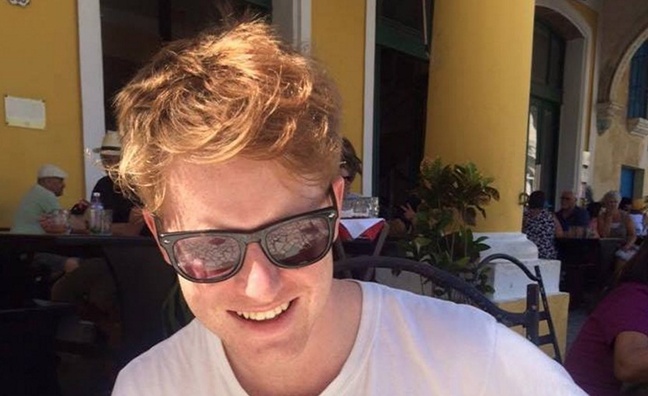 NME, The Independent and DIY’s Jamie Milton on Matt Maltese’s As The World Caves In

It’s already becoming quite tiring seeing every musician and their dog claiming to write politicised, anti-establishment songs in the wake of 2016’s various disasters.

But in an age of #wokepop, I don’t think anyone’s doing it better than 20-year-old South Londoner Matt Maltese.

As the World Caves In is written from the perspective of Theresa May and Donald Trump spending the night together after they hit the nuclear button - quite possibly the grimmest concept you could possibly come up with.

But if you manage to ignore that seedy scene, it reveals itself to be a beautiful, apocalyptic love song. Maltese is a direct, skilled lyricist, and he makes love out to be invincible, even in the midst of global collapse.

“It’s you I watch TV with, as the world caves in,” he sings. It’s the arc of his message that stands out - even when the sky turns orange, there’s still time to watch a Mad Men box set with the one you love most.

People are quickly comparing his timeless songwriting to the likes of Leonard Cohen, which might be a bit much at this early stage. But As The World Caves In already has the makings of a classic.

It’s very much of the moment and a soundtrack for the armageddon that currently looms large, but you can imagine it being picked out in years to come - presuming trusty Trump keeps his teeny tiny hands away from the big red button.