Tastemakers: What's Rudolph The Red-Nosed Reindeer listening to this week? 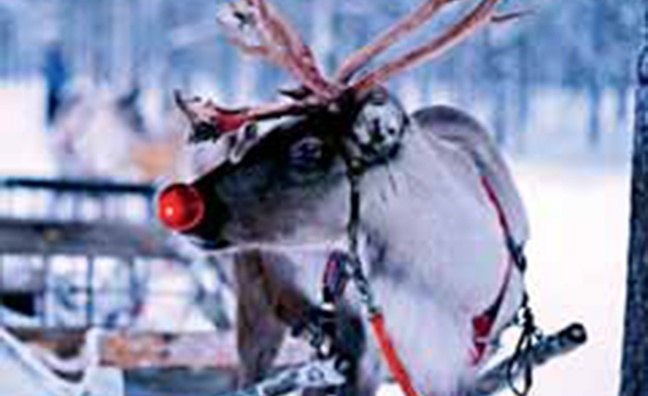 I remember when Music Week asked Santa Claus to write this column last year: when he chose Nick Knowles, the rest of us spent about a week in uncontrollable fits of laughter. It was classic.

Thanks to Nick’s often hilarious exploits on I’m A Celebrity... Get Me Out Of Here! this year, Santa’s got his debut album on heavy rotation once again, but I turn it off whenever I can, and stick Aled Jones and Russell Watson on instead.

Two of the world’s greatest classical voices, together at last! Their joint album, In Harmony, contains no less than 14 bangers, but Aled and Russell save the best for last – a wicked version of Silent Night, sung beautifully in German. And you can’t go wrong with a bit of Cinema Paradiso either, that’s one of Ennio Morricone’s and it’s very dramatic. I also like the opening track, How Great Thou Art. Talk about moving...

On the sleeve, Al and Russ – and I don’t think they’ll mind me calling them that – look very happy indeed, and they deserve it. I’ve heard the album has 48,901 sales to date, according to the Official Charts Company. Hats off to them both, and cheers to our old mate Nick, too. Merry Christmas.