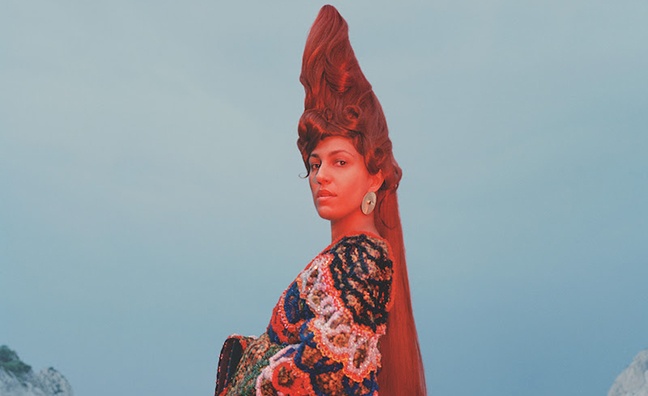 WHO: Lafawndah is the pop alias of half-Egyptian, half-Iranian musician and former art student Yasmin Duboi, who grew up in Paris and has also lived in Mexico, Tehran and New York.

WHAT: Lafawndah’s music sounds like the future: glossy R&B beats gurgle, rush and whirr as if beamed in from some distant satellite. For fans of Tirzah, Kelela and Kelsey Lu.

WHERE: Lafawndah’s globe-trotting is showing no sign of letting up, and her next stop is Austin, Texas.

FOR SXSW I PRESUME?

You got it. Lafawndah is part of the British Music Embassy’s Official Showcase, and will be performing alongside Georgia, Black Midi, Fontaines DC, Ezra Collective and Lucia on March 12.

NICE. WHAT IF I’M NOT GOING?

For starters, check out new single Substancia, which comes with its own short film. It’s taken from the album Ancestor Boy, due March 22.

ANY UK SHOWS COMING UP?

Sure. Get down to the Barbican on April 4, where Lafawndah will be performing with fellow experimentalist Midori Takada.