Rina Sawayama’s second record Hold The Girl has been described as a “career-defining album” by the singer’s manager Will Frost.

Hold The Girl was at No.2 in the albums chart at the last midweek count, and its return promises to outstrip that of its predecessor Sawayama, which came out during the Covid pandemic in 2020.

In light of that, the British-Japanese pop star’s breakthrough has been far from conventional, yet Frost’s House Of Us and label Dirty Hit have helped turn Sawayama into a pop star.

In 2021, she successfully campaigned for an amendment to grant artists who have lived in the UK for five years or longer eligibility for the BRITs and the Mercury Prize. Also last year, she won the New Artist award at the Music Week Women In Music Awards.

The singer starred on the cover of Music Week last month, giving us a no-holds-barred interview, telling her story and setting out her vision to change the industry into a fairer and more equal place. We heard, too, from Dirty Hit boss Jamie Oborne, and now it’s time to hear from Frost, who manages Sawayama alongside Caspar Harvey and Courtney Rosemeyer.

“I think it's a career-defining album,” Frost told Music Week of Hold The Girl. “It's Rina's story of some very difficult subject matter and it wasn’t easy at times, so I'm just very proud of the way she managed to translate that into these songs.”

Here, Frost discusses Sawayama’s story so far and looks ahead to what’s to come. 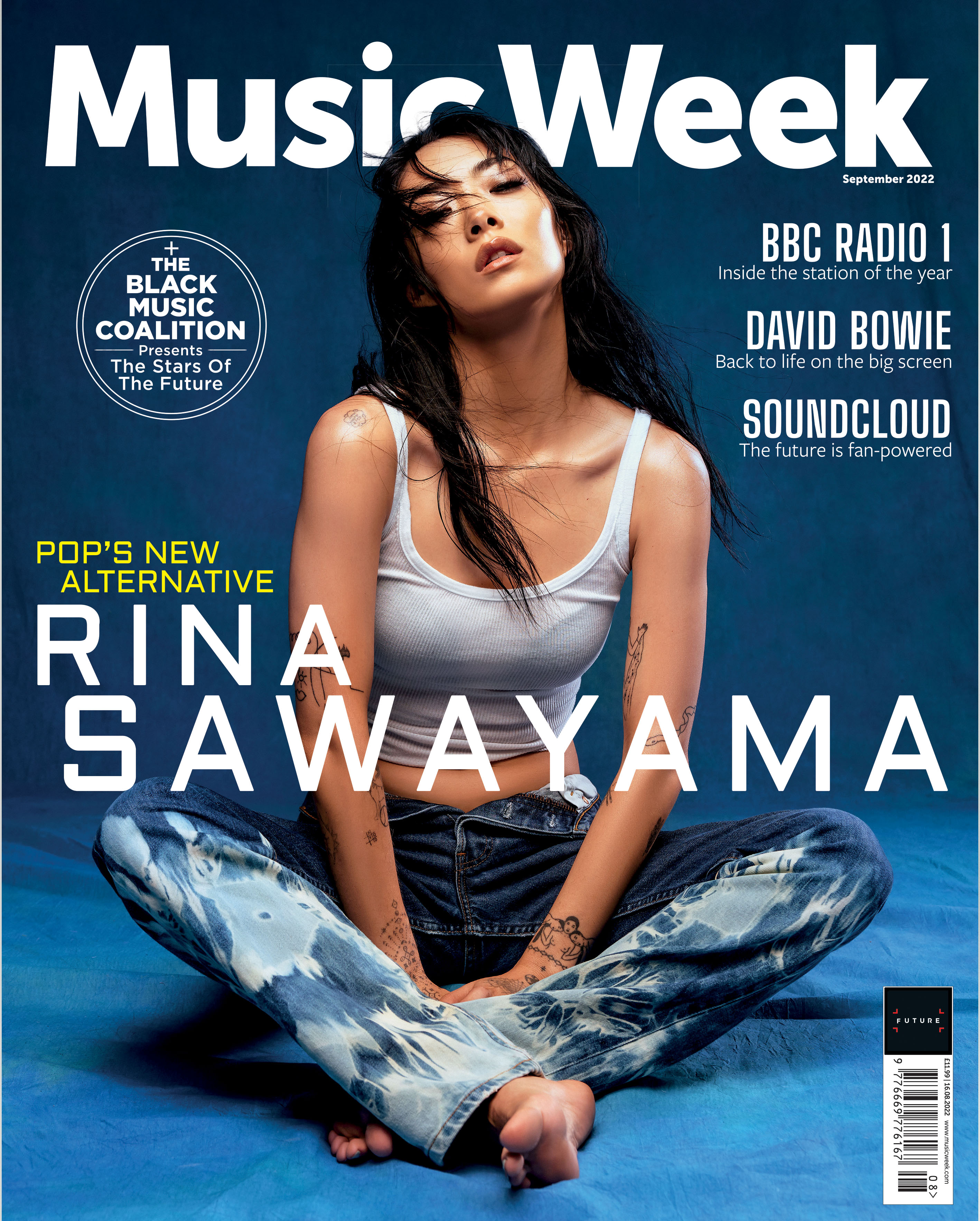 Take us inside your plan to build on the success of Rina’s first record...
“Sawayama was such a gamble in all honesty, which just massively paid off. Rina and Clarence Clarity, with me helping them put it together, were making a bunch of incredible individual songs but there were moments when we all thought, 'Are people really going to get it? Are they going to understand an album that has metal next to new jack swing?’ But because of their determination and brilliance they formed it into a record that felt cohesive and, a couple of years on, one that feels quite iconic already. That proved to us all that even in the age of streaming you can put together a diverse record that is brilliant but also challenging. That's the attitude we took into Hold The Girl and for me it's everything people loved about album one, just bigger and better, with a powerful emotional heart and incredible songwriting at its core. Going forward the plan is to just retain that fearless mentality when it comes to songwriting and pretty much everything that Rina has in abundance, a quality which makes her one of the most exciting artists in the world. If that's always there in the music she makes then that's success. All the awards, chart positions and so on will just come as a result.”

The BPI reported on Rina's global streaming success last year. How much do you focus on territories beyond the UK?
“We focus on the whole world with everything we do, Rina has an amazing fanbase pretty much everywhere so we have to! I think Rina did 20 interviews in one day recently to the international press. Her reasoning is that if you're going to put so much love and time into a record, why wouldn't you want to promote it as much as possible? Also she is incredibly engaging when talking about it. Beyond that, for 2022 and 2023, we've put together a really strong touring schedule with some massive shows and a long-term release plan to capitalise on Rina's role in John Wick 4. That will instantly spread awareness, so we are getting ready with plans to harness that sudden exposure.”

Rina is one of the best live performers in the world

What impact do you think Rina has made on the music business so far?
“She has made positive changes that you can see, it's incredible really. We and Dirty hit helped the conversations with BPI, but it was largely Rina. It was just such a great way to enact change, properly thought out, all about conversation and understanding rather than anything aggressive. The changes the BPI made are more than what Rina set out to achieve and I honestly don't think that would have happened if it didn't have that measured and compassionate approach.”

Do you feel it's been easy to get support from 'traditional gatekeepers' for Rina's music?
“Rina's music is political, complex and she pulls from places not heard as much, so the production can be quite full on and the arrangements aren't [always] the norm. What makes me laugh is seeing fans saying, 'Wow a 4 minute song!' Lots of pop is more short-form, probably since TikTok has had such an impact. But I think that point of difference and relentless ambition to not be boxed into what other people are doing and trends will continue to set Rina apart.”

How important has touring been so far and how important will it be in future?
“Touring has been massive since 2017. The first ever show to 200 people was designed to be at a venue 10 times that size and we've carried that through. The production we brought into the Roundhouse in hindsight was actually kind of ridiculous but we love putting on a spectacle. The reaction from fans is worth it and then the word of mouth spreads. Rina is one of the best live performers in the world and she understands the beats of a live show to make it feel special.”

Finally, how has your relationship with Rina developed?
“We support in any way we can and of course that covers making sure Rina's wellbeing is taken care of, which is of course paramount to anything. We are a really close team and I couldn't do it without Caspar and Courtney, they're amazing, but also the whole of Dirty Hit who put mental health first as a label. They understand what Rina needs to be able to do her job, which can sometimes be very difficult. She is having to do a lot of firsts: her first festivals with a band, first time on promo trips, first time on a tour bus… It is gruelling! Rina came back to regular artist life having had her fanbase explode in isolation really, so we’ve been aware of how strange that must be and just make sure to be listening to make sure she's coping and enjoying it. Which she is doing amazingly, to be honest!”