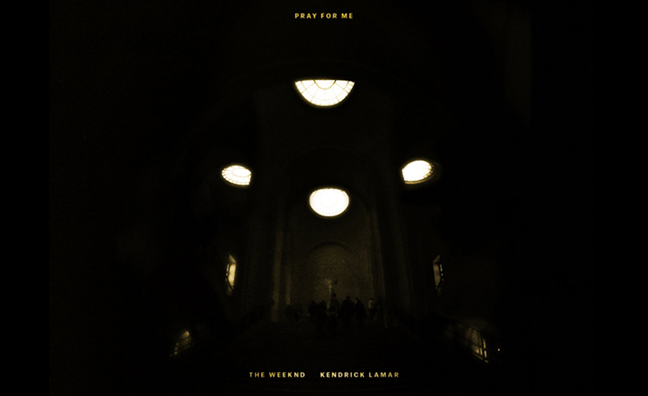 Adele is the biggest-selling artist of the last decade, and, more than two years after her most recent release 25,  the number of territories in which she is No.1 at any given time is an indicator of the market's vitality.

On that basis, we seem to be in a slump, with Adele atop the iTunes listings in 15 countries, more than any other artist.

Last week was one in which no new global smashes emerged and this week, to quote those great sages Abba, is shaping up in 'quite a sim'lar way'.

Any love that there is for new releases is reserved primarily for South Korean rapper Agust D, whose debut solo album, also called Agust D, leads the iTunes rankings in 11 countries as I write - in such culturally diverse nations as Bulgaria, Norway, Spain and Taiwan - and is in the Top 10 in a further 17. Also known as Suga and Min Yoon-Gi, the 24 year old is a member of the internationally popular South Korean K-Pop septet who are known variously as BTS, Beyond The Scene, Bangtan Boys and Bullet Proof Scouts.

In official chart tabulations, the Kendrick Lamar-heavy superhero film soundtrack Black Panther debuts at No.1 in Canada, Denmark Norway and the USA. It also starts at No.2 in Australia, The Netherlands and New Zealand, No.7 in Switzerland, No.18 in Slovakia, No.28 in France and No.48 in South Korea. It is exiled to the compilation chart in some countries, including The UK and Italy.

There's a certain inevitability that The Wombats' top overseas territory is the one in which the marsupial after which they are named makes its home...Australia. The Liverpool band pouch their third Top 10 album down under with fourth studio set, Beautiful People Will Ruin Your Life, opening at No.5. They reached No.2 with their second (The Modern Glitch) and third albums (Glitterbug) in the country. No.3 in The UK, No.19 in Norway, No.39 in Germany, No.67 in The Netherlands and No.75 in Flanders last week, Beautiful People Will Ruin Your Life now also debuts at No.55 in Austria, No.57 in Switzerland and No.190 in The USA.

Dua Lipa picked up two BRIT Awards this week, and her eponymous debut album surges 11-3 in the UK, surpassing its previous peak of No.5, as a result. With singles New Rules and IDGAF still performing superbly globally, the album also reaches a new peak in Canada (15-14) but has a mixed week overall, although it also improves its standing in Ireland (10-8), Flanders (28-19), Australia (39-33) and Italy (52-43), and is a re-entry in Greece (No.75).