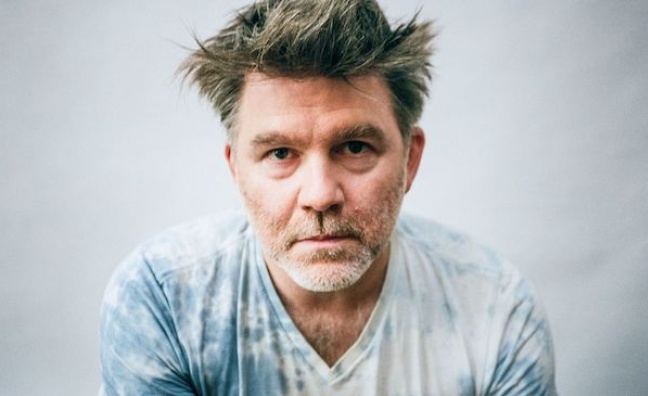 The final quarter of the year is only a fortnight away, and promises to give some retail cheer to the album market with an impressive slate of artists due to deliver new releases.

Meantime, LCD Soundsystem's first album in seven years - the surprise release American Dream - continues to impress. Proving that their stature has grown in their absence, it was No.1 in The Netherlands and New Zealand, No. 3 in the UK last week and instantly became their highest charting release in a further nine territories. It continues its global tour this week.

No.1 in the Netherlands, New Zealand and the UK a fortnight ago, and in Australia, Canada, Portugal and Sweden last week, Queens Of The Stone Age's seventh album, Villains, is down sharply in all but it jumps 14-1 in Croatia, and makes belated debuts in Argentina (No.3) and Greece (No.12).

Yorkshire Goth metal band Paradise Lost also make further inroads with their 15th album, Medusa, now No.7 in Finland, No.8 in Poland, No.14 in Switzerland, No.15 in Austria, No.19 in The Czech Republic and No.30 in Spain, while Motorhead's retrospective covers album Under Covers also adds to its portfolio with debuts in Switzerland (No.7), Finland (No.13), Austria (No.14), Czech Republic (No.21), Spain (No.24), Poland (No.45), Slovakia (No.51) and Australia (No.57).

Seven albums into their career, The National score their first No.1 anywhere, with Sleep Well Beast dashing to the top of the UK listings this week. It also debuts at No.1 in Ireland, No.2 in Flanders, New Zealand and Sweden, No.3 in The Netherlands, No.4 in Germany and No.8 in Wallonia. Their last album - Trouble Will Find Me - made the Top 10 in 14 countries in 2013, and their star is still rising so it is fair to anticipate a slew of high debuts for Sleep Well Beast in the next week. But it looks as though the Ohio band will miss out in their US homeland, where early sales projections suggest that country singer Thomas Rhett's third album, Life Changes will prevail.

Finally, Birmingham boy Steve Winwood was a precociously talented 17-year-old when he first came to notice fronting The Spencer Davis Group, and subsequently became a key member of Traffic, the supergroup Blind Faith and Ginger Baker's Airforce before embarking on a wildly successful solo career 40 years ago, Now 69, and still possessed of an excellent voice, Winwood performed songs from all phases of his career - albeit in newly-forged, more contemporary versions - for the new compilation Greatest Hits Live, which opens at No.30 in Germany, No.34 in the UK, No.42 in Austria, No.62 in the USA, No.64 in Switzerland and No.98 in Flanders.