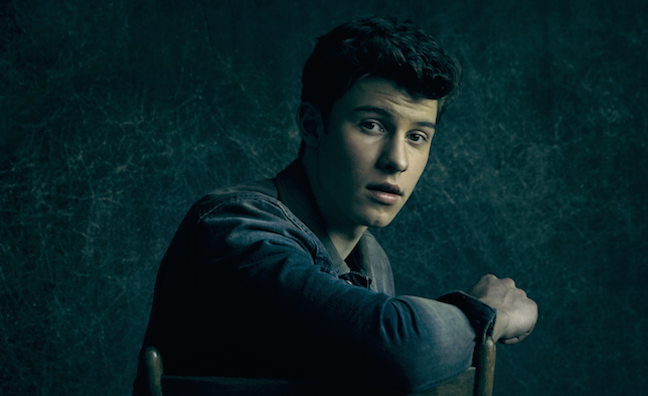 Kanye West’s eighth studio album, Ye, was released on Friday (June 1) and is already racking up huge streaming numbers, while topping early iTunes download sales lists in 34 countries. Check back in a week and we’ll itemise its debuts on official charts tabulations.

Meantime, after becoming an instant No.1 on iTunes in 50 countries last week, Canadian teen superstar Shawn Mendes’ eponymous third album opens at No.1 in Argentina, Flanders and The Netherlands, No.2 in Ireland, Italy and Norway, No.3 in Germany and The UK, No.4 in Wallonia, No.5 in Sweden, No.6 in Finland and No.46 in South Korea.

Snow Patrol came close to securing their second No.1 in the UK with their seventh studio album, Wildness, finally debuting at No.2 after a titanic struggle with The Greatest Showman soundtrack album. Although based in Scotland – where they formed, and where their fifth member is from - four of the five members of Snow Patrol are from Northern Ireland, and cross border politics are clearly no problem for them, as Wildness is their fifth straight No.1 in The Republic Of Ireland. No chart is compiled for Northern Ireland, but extrapolating data from the album’s ISBA breakdown, it is easy to tell it was far and away the No.1 seller in the province last week. It also opens at No.2 in Flanders, No.3 in Wallonia, No.5 in The Netherlands and No.9 in Germany.

K-Pop sensations BTS become the first act from South Korea to have a No.1 album in The USA, with their latest release, Love Yourself: Tear debuting at the summit this week. The album – which also continues at No.1 in South Korea – had its Top 10 debuts in a further seven countries itemized here last week, and now secures a further raft of international debuts, starting at No.2 in Canada, No.3 in Japan, No.5 in Austria, No.6 in Australia, No.8 in Switzerland, No.16 in The Czech Republic, No.23 in Hungary, No.27 in Spain, No.32 in Slovakia and No.45 in France.

Arctic Monkeys’ sixth studio album Tranquility Base Hotel & Casino heads down the chart in 27 of the 28 official charts in which its activity has been noted here in the past fortnight, the solitary exception being Croatia, where it remains at No.1. It also makes a belated No.3 debut in Greece.

Finally, rapper Post Malone’s Beerbongs & Bentleys continues to perform strongly around the world, and remains at No.1 in The Czech Republic, Denmark, New Zealand and Norway.