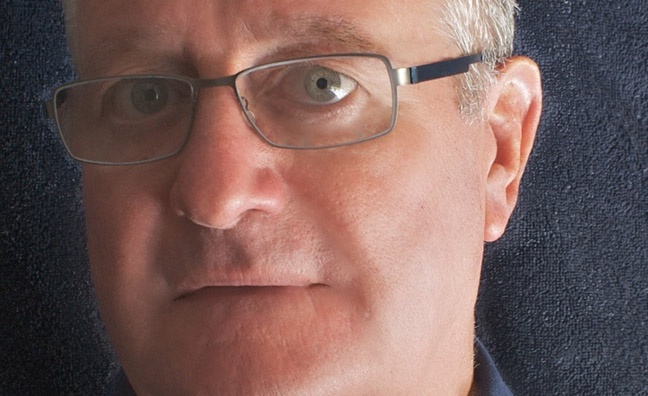 “I’d always got on very well with George. He wasn’t one of those artists that needed or wanted to be constantly around with his record company. But we’d meet at this Italian restaurant in Holland Park for dinner every couple of months.

He’d pretty much finished Listen Without Prejudice when I first heard it. I thought it was absolutely brilliant. As a body of work, it was way beyond Faith. It pointed the way for the direction George was going in.

After he delivered the record, he told us he wasn’t going to promote it. So we knew that it was going to be a different sort of campaign to Faith, which didn’t bother me because I thought the record was so much better.

We were all surprised when he sued. With LWP, George had earned the right to be wrong. He said, ‘I want to make the record my way’ – and we let him get on with it.

So it was like, on Faith we had some input and the record did very well worldwide. On LWP, [he] did exactly what he wanted to do then, when it didn’t sell as well, it was all our fault.

He had no case, that was the ridiculous thing. George’s contract had already been approved by the courts many years before [after Wham!’s dispute with original label Innervision].

In my view, he got very poor advice at that time and I don’t just mean legal advice, I’m talking about the people who were influencing him.

The Columbia and Epic labels worldwide had a huge emotional investment in George which had built up over many years. To try to jump ship from that, in my view, was a really stupid mistake. Nobody wants to go through a court case. It was mentally, physically and emotionally draining.

I remember the morning the case kicked off. I hadn’t seen George or spoken to him for months. He came round to our side of the court, shook my hand and said, ‘Well, one of us is going to have a happy Christmas’, because he thought it would be over by then.

I said, ‘George, I can tell you as a friend, nobody’s going to know what’s happening in this case until May or June next year’. He looked absolutely startled.

I wouldn’t have said it at the time but I can say it now: CBS and Sony never refused to renegotiate an artist’s contract. So any artist who said, ‘I signed this contract but I think I’m worth more’, we’d say, ‘Fine, let’s see what we can work out’. But this wasn’t about money, this was George’s matter of principle.

Do I still think about it? I thought about it a lot more after George passed away but, even when he was around, you’d hear one of his records on the radio and automatically cringe just that little bit and think, ‘Oh Jesus, that stupid fucking lawsuit’.

The whole thing’s just terribly sad. George was a musical genius. But I thought [the case] was a complete waste of time then and now, looking back on it many, many years later, I think it was total and utter stupidity.”