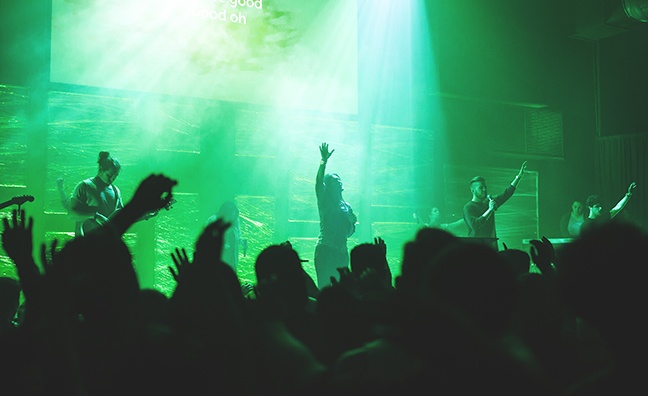 Oscar Wilde once quipped that there is only one thing in life worse than being talked about, and that is not being talked about. If that’s true, then the ticketing industry is definitely doing something right.

No other aspect of the live business finds itself in the news quite so frequently (admittedly, not always in a positive way, but more on that later), and with the concert market booming, it’s no surprise to see more and more competitors battling for a piece of the pie.

“Go back only five to six years and the market was solely dominated by the big companies, but now it seems like smaller companies spring up every week to offer niche solutions.

As the bigger companies are getting more and more control over artists, the fight for the rest of the tickets out there is becoming much more intense.”

“There are more agencies than ever before; each vying for the same business. You have the more traditional, experienced providers who have their brand firmly planted in consumers’ minds, offering large databases and sturdy systems, but then there are the newer start-ups, like us, with cutting-edge technology offering a more client-first approach.”

Rob Wilmshurst, CEO of Vivendi-owned See Tickets, which handled the ticketing process for this year’s Glastonbury, argues that a hotly contested sector is no bad thing.

“It should be [competitive],” he insists. “We have to fight for our place and take nothing for granted.

“If you are not operating from a position of strength today then I think it will get more difficult. The days are gone where promoters need five agents in the mix.”

A consequence of that heightened level of competition is that it is all the more vital to find ways to stand out from the crowd.

“We focus on the client’s exact needs and strive to offer the full service - we are not a tech business, we are a ticketing business,” says Wilmshurst.

“With our balance sheet strength, no debt, funding rounds - we won’t go bust, great credentials, case studies and solid track record, I think we are OK.”

Ballentine hails Eventim’s quickfire approach to problem solving. “We can build events within a matter of minutes and make all manner of changes to events very quickly,” he says.

Earlier this decade, the firm launched FanTicket - collector edition tickets featuring band-specific artwork - with the aim of putting “emotion back into tickets”.

“FanTicket is something we’re very proud of,” says Ballentine. “The solution allows bespoke, glossy, full colour and frankly beautiful souvenir tickets to be printed and dispatched within 48 hours of the first ticket being sold on an event and is usually produced at no extra cost to the customer or client.

“We also offer FanBonus to our customers, which is a free loyalty scheme offering cashback each year.”

“Each player is trying to spot a gap in the market and fill it with targeted technology before their competitors,” says Brown, who hails Ticket Arena’s “innovative and powerful event technology solutions”.

“Any promoter who signs up with our Event Genius ticketing platform, has access to a suite of industry-leading tools, such as barcode ticketing, rep and affiliate schemes, custom websites, white label solutions and our RFID cashless payment services,” she says.

“It’s an event management platform that amplifies sales and increases efficiency by offering an omni-channel approach, from ticket sales, to event access, cashless payments at vendors and bars, and the ability to pre-order food and drink.”

The art of selling tickets has become a lot more complicated over the years. “When I first started in this industry nearly 14 years ago, you put an event on sale at 9am on a Friday with a few different ticket prices and they either sold out immediately, or over a period of time - or they didn’t,” offers Brown.

“Throw into the mix multiple contract obligations that need to be considered and more often than not a limited amount of time to make it all work, whilst ensuring your systems can cope with the potential demand, can lead to a very stressful and congested marketplace.”

She adds: “Technology has advanced dramatically over the last 10 years, with the introduction of access control, electronic and mobile tickets, cashless payments, point of sale systems and apps that there is so much more to consider than simply selling tickets on a website.”

Conversely, Wilmshurst believes See Tickets’ “no-nonsense” approach has been integral to its success.

“Some of the ticketing start-up/tech plays, I think, are a little fanciful for this industry - no fees, curated experience, cryptocurrencies, blockchain, etc - and actually help promote our no-nonsense approach to life,” he says. “Good luck to some of them for trying to change the game though.”

A black mark over the industry continues to hover around the thorny area of resale, which centres around the big four companies – Viagogo, eBay-owned StubHub and Ticketmaster’s Seatwave and Get Me In!

The sector is valued at £1 billion in the UK alone but continues to cause controversy and it has become an increasingly common bugbear for fans to see a hot show sell out instantly, only for tickets to then immediately turn up on resale sites at vastly inflated prices.

Google, which has been criticised for allowing secondary ticketing sites to buy their way to the top of searches, potentially confusing customers, has also announced new global resale regulations.

“We as a business don’t operate in, or contribute to that activity and have spent a long time acquiring clients who think the same way as us,” says Wilmshurst, who gave evidence at the select committee inquiry on ticket abuse in Westminster in March, for which Viagogo infamously failed to send representation, despite being summoned by MPs.

“We all want the guy in the street to have a good experience and to come back for more and all this opaque pricing and game playing is really putting customers off,” warns Wilmshurst.

See Tickets launched its own Fan2Fan resale market place earlier this year, which enables fans to resell tickets legally for concerts and events at no fee.

The premium for ticket buyers is capped at no more than 5% of the face value.

“We do our best to keep tickets out of the hands of profiteers but it remains a legal and free market today and, until legislation or regulations are passed, nothing will change,” adds Wilmshurst.

“The public are up in arms about over-inflated tickets being sold on secondary sites within minutes of events going on sale.

This is damaging the relationships with customers and destroying the trust the public have with the whole ticket buying process.”

“Customers are understandably confused by the number of agents and outlets selling tickets for shows and transparency over who are the primary and who are the secondary sellers is not always clear – do consumers even know what the differences between the two are?” ponders Brown.

“As a result, when customers have a bad experience with one particular company, more often than not the whole industry is negatively affected.

“Agents are having to work harder with promoters and artist managers to implement more robust technology and operational steps to ensure tickets are obtained by legitimate fans.”

Brown applauds the FanFair Alliance’s work in prompting tighter government regulations and the upcoming changes from Google. “Both changes are steps in the right direction,” she says.

“Personally, I understand why the secondary market exists,” notes Ballentine. “The fact that promoters do not allow the return of tickets is a factor, but this certainly does not account for the over-inflated prices found on the big four resale sites.

It’s an easy way for people to make easy money and, as demand will almost always outstrip supply, prices will rise as in any business.”

Ballentine exclusively reveals to Music Week that Eventim UK will be launching its own resale site within the next few weeks.

“We will only allow the sale of verified tickets, bought with Eventim UK and will cap prices at 10% above face value in order to help get as many genuine fans to events at a genuine price,” he says.

Artists including Ed Sheeran and Adele have partnered with face value reseller Twickets, and Sam Smith has teamed with ticketing app Dice in a bid to bypass the excesses of the resale market.

Ticketmaster has taken an alternative approach, devising the Verified Fan scheme, which has been adopted by acts such as Taylor Swift.

The initiative uses algorithms to separate real fans from profiteers. In its Q3 report, Ticketmaster reported it had driven a 90% reduction in the number of tickets ending up on the secondary market.

Despite the abundance of new technology, Ballentine does not envisage significant changes in the market over the next few years.

“We’re certainly looking at more integrations with third party sites and products and APIs,” he says. “The recent testing with blockchain ticketing is interesting, but I wouldn’t expect that to make such an impact within the next decade.”

Wilmshurst suggests: “It hasn’t fundamentally changed that much, if at all, in the last five to 10 really, so I don’t see much change.

Of course around B2C marketing, ticket delivery modes, access control and all this stuff there has been change but really it remains the same game – acquire it, sell it, pay the promoter, look after the customer, repeat.

“The costs of doing deals has risen and every promoter and his dog wants a sign-on and/or an advance and that plays to the competition question.

It’s totally acceptable to me to share some risk here.”

Ticket Arena’s Brown points out that there is a big focus around customer profiling and data analytics.

“Organisations can identify not just who buys a ticket, but their spending habits, likes, dislikes etc,” she advises.

“By understanding your consumer, this will allow you to build better relationships with the brands you work with, connecting more relevant fans to the right events.

I expect this to become more streamlined and prominent in the market over the next few years.

“For us, one of our focuses over the next 12 months is our RFID solutions; the ability to pre-order food and beverages and cashless bar and vendor services to event organisers.

Not only does this improve the security of the bars and vendor operation, but for the event organiser this can have a massive impact on their bottom line as customers spend more when they are offered a simple solution that allows them to spend money securely and safely.”

The ticketing industry’s reputation has been called into question on countless occasions in the past.

What all the participants can hope for is that the next time it finds itself under the microscope, it is for the right reasons.