'It's a celebration': Music Week Women In Music Awards host Alice Levine on this year's ceremony 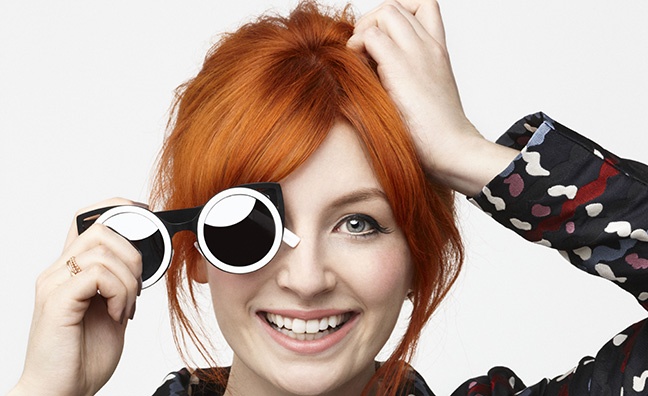 Today marks one of the biggest days in the music business calendar, as the Music Week Women In Music Awards returns for its fourth edition.

Already this week, on the cover of the latest issue of Music Week, we have honoured the 12 latest inductees to the Roll Of Honour. Next week, we will publish interviews with the winners in the nine award categories, including Businesswoman Of The Year, Outstanding Contribution, Inspirational Artist and new additions Music Champion, International Woman Of The Year and The Company Award: Diversity In The Workplace.

Behind the mic for a third consecutive year is BBC Radio 1 DJ Alice Levine, the subject of the Aftershow interview in this week’s issue.

While the presenter was gearing up for yet another electric Women In Music awards show, we quizzed her about the ceremony, the music business and more…

What do you like about the Music Week Women In Music Awards as a presenting gig?

There aren’t many awards ceremonies that aren’t competitive, and there’s nothing competitive about this one. It’s just a celebration. It’s not about, ‘These people were shortlisted, these people won and these people lost,’ there’s none of that. It’s a real feeling that everyone in the room is really pleased for everyone else. On a really basic level, it’s just a good event to attend, never mind to host. It doesn’t take itself too seriously either, there are some really heartfelt moments and it’s also a really fun and funny event. It can only be a good thing to say, ‘These are some amazing women doing some amazing things!’.

Has it taught you anything about the music industry that you didn’t know before?

Some of the winners’ stories have been pretty amazing. One of the things that maybe I did already know that Women In Music has highlighted year-on-year and award after award, is that everybody always talks about the importance of their team. And these are obviously women who have done incredible things in their own right and, but they always seem to mention pivotal people along the way. That says something about surrounding yourself with people who have the same ethos - and that doesn’t mean surrounding yourself with people that always say ‘yes’. A lot of the stories that come out are about how being challenged by people isn’t a bad thing, and can be a really useful part of trying to troubleshoot and achieve a goal. Of course you need people to big you up, but you also need people who challenge you.

Where do you stand on issues of diversity and equality in the music business?

I feel like a lot of work was done on my behalf before I started working in music. There are a lot of women who were at the vanguard, and trailblazing in terms of being at the top of companies or starting their own. That really moved things forward and I’ve really benefitted from that. I was aware of the issues, but these awards are a great place to highlight that and hear those stories. It’s nice to hear success stories, and also the difficulties on that journey to success. It’s definitely been an eye-opener.

Does anything else need to be done to raise awareness?

The gender pay gap is obviously an on-going conversation, and I think one of the things that would be nice is if one day we didn’t need to have the Women In Music Awards - and I mean that in the most positive way. I’d love it not to have to be a conversation, something we go out of our way to promote, I would love it to just be part of life. Yes, we need the awards and it’s a really positive thing, but wouldn’t it be nice if we didn’t? I would love for us to have come so far that we look back and think, ‘Gosh, I can’t believe it was on the agenda so often, that we needed to caveat with ‘woman’ or ‘female’.’ I don’t know if that will happen, and until it does, we need to take time to congratulate and celebrate amazing women doing amazing things in a world that isn’t completely equal where there aren’t as many women at the top. It would be nice to look back in 20 years and see loads of women CEOs at record labels or music businesses, or tech companies. That would be so great.

Read interviews with all 12 honourees discussing their biggest challenges here.