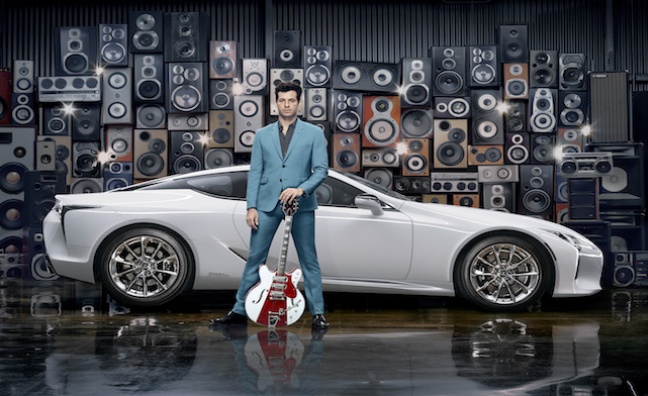 Lexus has today (April 11) announced a new creative collaboration with Mark Ronson for its new flagship coupe, the Lexus LC. The campaign, named Make Your Mark, is intended to introduce the new model and a new era for the brand over the course of six months and will deliver a range of exciting content and experiences for customers and fans.

Speaking about the campaign, Mark Ronson said: “I always like to work with collaborators who are innovative and unique in and out of the studio. When I was approached by Lexus with the concept of this campaign and saw the new LC, it felt fresh and exciting; I was drawn to the idea of using music to inspire and create an experience around this car.”

Alain Uyttenhoven, Head of Lexus Europe, added: “Mark Ronson is the iconic music producer behind some of the biggest hits of the decade and we couldn’t have thought of a better collaborator for the Make Your Mark campaign. The Lexus LC symbolises the beginning of a new phase for Lexus which is all about creating greater synergy between engineering and design. Who better to work with on this than Mark – a man who has made a significant contribution to the world of music through his incredible performances and collaborations.”

Lexus’ new partnership with Ronson follows on from the successful 2015 international campaign The Life RX, which featured Jude Law.