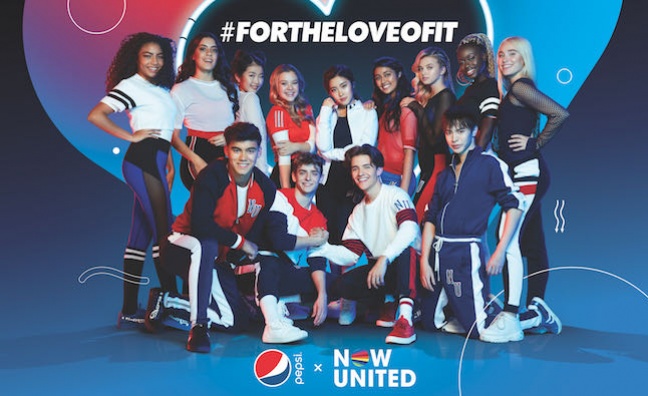 Simon Fuller, founder of XIX Entertainment, has partnered with Pepsi on a sponsorship deal for Now United. The group is made up of 14 artists from 14 different countries.

Fuller has previously negotiated a Pepsi sponsorship deal for the Spice Girls, who return with live shows this summer.

Fuller and Now United have teamed up with Pepsi for the brand’s new For The Love Of It campaign across Europe. Now United will record a refreshed jingle for Pepsi.

“Pepsi has a unique track record in supporting new music talent, as they did when we first worked together on Spice Girls and are doing again with Now United,” said Fuller. “Their For The Love Of It campaign reflects so many of the positive values which are present in Now United and I know they will inspire and enable the group and their global fan base to embrace their passions like never before,” said Fuller.

Speaking to the Press Association, Fuller said the Spice Girls’ comeback tour was not influenced by streaming data.

“There’s no music out, the streaming on Spice Girls, we don’t even bother looking at it because I haven’t a clue what it is, my guess is it’s not very much, he said.