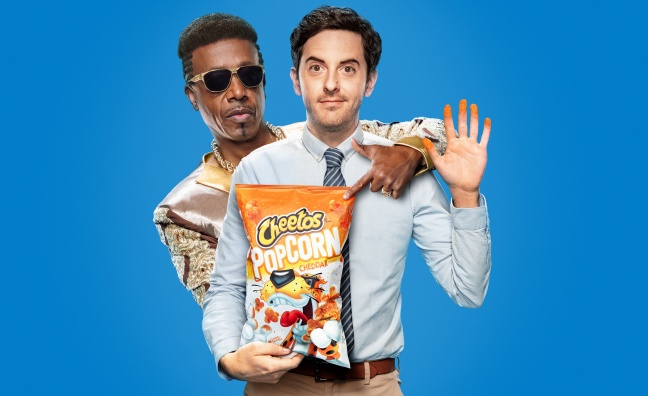 Kansas City Chiefs are set to take on the San Francisco 49ers in Sunday's Super Bowl, but much of the attention will be away from the sporting action.

The NFL's showpiece occasion traditionally attracts one of the biggest TV audiences of the year in the US. Ratings dipped below 100 million in 2019 but the event was still watched by a colossal 98.2m viewers.

Jennifer Lopez and Shakira are lined up to headline the event's legendary Halftime Show, while a sync deal frenzy continues to surround the commercial breaks (rapper Post Malone is starring in not one, but two ads for Bud Light), with a 30-second clip costing advertisers up to $5.6 million (£4.2m).

Super Bowl syncs are big business, but Audi’s ad must have a good shout of being this year’s most expensive advert. It features a Hollywood star (Game Of Thrones’ Maisie Williams), an environmental message (“Let’s drive to a more sustainable future”) but, perhaps most impressively, a rare Disney sync outside of the House Of Mouse’s own productions. Williams takes on the song made famous by Queen Elsa/Idina Menzel, belting out the showstopper in impressive fashion as she dodges traffic jams and global warming with a cheeky wink. It’s a performance likely to be worth every penny for Audi, while we sincerely hope someone is already offering Williams a record deal.

Four years ago, Missy Elliott was inside the University of Phoenix Stadium in Glendale, Arizona performing at the Super Bowl XLIX half-time show. Now, thanks to Pepsi, the hip-hop legend will be beamed into the homes of America once again, as she teams up with HER and Timbaland to soundtrack an ad that will make TV stands shake. Why? Because this cover of The Rolling Stones’ classic Paint It Black is explosive to say the least. Missy Elliott and Timbaland worked on the beat, and then recruited HER to add extra star power. It’s a real bone-shaker, while the aid takes a swipe at Coca-Cola. “I got the best of the best to make sure we brought the noise and did Pepsi Zero Sugar right,” said Missy. Now you know what to drink if you get thirsty while the game’s on.

How do you make 2019’s most ubiquitous hit single – one that’s already been prominently remixed several times – fresh for 2020? Enter: Doritos. The crisp makers have delivered numerous memorable Super Bowl ads before (including 2018’s Doritos Blaze vs. Mountain Dew starring Missy Elliott & Busta Rhymes), but they have excelled themselves this time. The clip sees Lil Nas X and actor Sam Elliott have a Wild West showdown. Only instead of shooting each other, they’re busting out best dance moves to Old Town Road. And eating Doritos, naturally.

Who knew that MC Hammer's 1990 smash U Can't Touch This was inspired by Cheetos? Well, that's the story at least according to the cheese snack's new Super Bowl ad, which ties in neatly with the track's 30th anniversary. Viewers are transported back in time three decades for a tongue-in-cheek take on how the legendary dancefloor filler came about. "We saw the Super Bowl as the only fitting place to debut our biggest product launch in a decade with Cheetos Popcorn," said Rachel Ferdinando, SVP and CMO, Frito-Lay North America. "And of course, joining our mischievous brand identity in a playful way with MC Hammer was a perfect fit." You could say they're untouchable together.

Directed by Roman Coppola, Heinz commercial Find The Goodness is selling ketchup with a high concept and a classic tune. The multiple split screen advert features four different stories simultaneously, including a creepy clown in an American diner, a haunted mansion, a sci-fi setting and pair of supervillains. In each of these strange scenarios, the brand of tomato sauce is a comforting presence. The sync needed to fit the idea, so The Four Tops makes sense for the quartet of combined adverts. But you’d hope that Gang Of Four were at least on the shortlist.