'A tightrope act of the highest order': Financial analysts' verdict on the Spotify IPO and the streaming giant's future 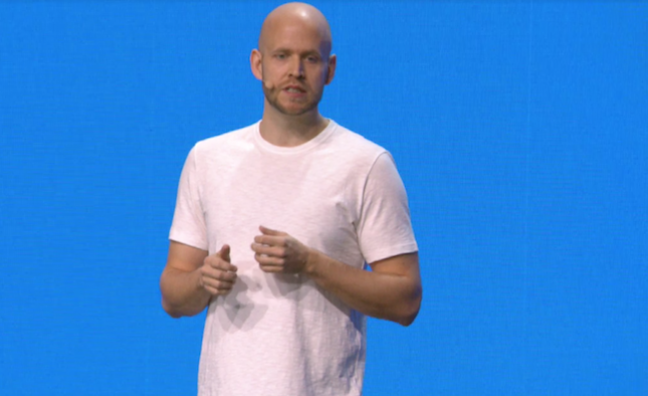 It’s D-Day for Spotify and CEO Daniel Ek. Ahead of the company’s direct listing on the New York Stock Exchange, Music Week rounds up the opinion and analysis from analysts and the financial commentators…

The Wall Street Journal, Maureen Farrell
“The 35-year-old Swedish CEO faces the daunting task of making his company profitable while fending off streaming competition from tech giants such as Apple Inc, Alphabet Inc’s Google and Amazon.com Inc. Investors are counting on Mr. Ek to innovate and differentiate Spotify’s offerings and gain a foothold in scaling the service onto users’ smartphones in new markets.”

Mark Mulligan, Midia Research
“Arguably the most anticipated day in the history of digital music is upon us. By the end of it we will have the first hint at whether Spotify is going to fall at the Snap Inc. or Facebook end of the spectrum of promising tech IPO, or DPO in the case of Spotify… Right now, Spotify has soft power (playlist curation, user-level data, subscriber relationships etc.). Spotify’s long-term future will depend on it building out its hard power and bringing it to bear in a way that brings positives both for it and for its industry partners. That will be a tightrope act of the highest order.”

Financial Times
“There is bullish sentiment about the company in spite of the recent downdraft for Big Tech shares on Wall Street. MKM Partners, for example, has initiated coverage on the stock with a target price of $200 a share, while RBC set a $220 price target.”

Reuters Breakingviews, Jennifer Saba
“It’s admirable that Ek is forgoing an IPO. By doing so he is allowing for his employees to sell shares without the constraints of a lockup period that can artificially prop up a company’s value. Instead Spotify is attempting to get at its true worth faster. The trouble is the market uncertainties are likely to add up to a heap of volatility.”

Zacks, Ryan McQueeney
“Spotify is the world's largest music streaming platform, and that type of global exposure is sure to attract plenty of investors. But the company's unusual public debut also raises questions, and increasing costs - and competition from Apple, Pandora, and others - could keep some cautious types away.”

Bloomberg Markets, Alex Barinka
“It could take hours after the market opens for Spotify shares to find a comfortable trading level and establish a valuation... Investors may have to wait a while to see if Spotify can pull off its dream of a stable, low drama listing.

TechCrunch, Katie Roof
“…In the long-run, Spotify’s performance in the stock market will largely depend on investor philosophies about the company and its business model. Some are concerned that Spotify will run the course of competitor Pandora, which has struggled on the stock market, partly due to hefty artist fees. Others argue that Spotify could be viewed as a Netflix, which has been successful at its entertainment licensing agreements.”

CNN Money, Jill Disis and Seth Fiegerman
“…What's good for existing Spotify shareholders could be bad for those who invest once the company goes public. A huge number of shares hitting the market all at once could sink the stock price.”

City AM, Lucy White
“Spotify has said that recent private transactions have valued its shares at between $48.93 and $131.88, but brokers have initiated recommendations at $200 or more. This could place the business's IPO value in excess of $37bn. Yet it is unclear what investors will make of the music streaming business. Last week Spotify produced financial outlook estimates for the year ahead – it said revenue should grow by 20 to 30 per cent, but that it still expects to book an operating loss of €230m to €330m.”