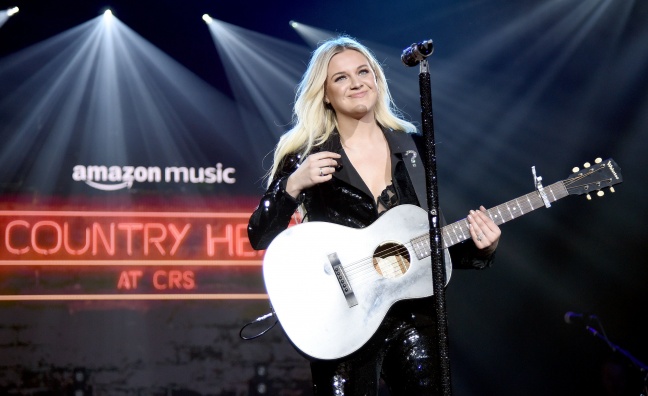 Country’s traditional middle American audience may have been all about radio and records. But in recent times, streaming services have relentlessly targeted country fans – and it’s starting to pay off.

According to Nielsen Music, streaming of country music in the US grew by 36% year-on-year in 2019, out-performing the overall market (+23.8%), while 56% of country radio listeners now use a streaming service every day.

A big factor behind all those stats is the rise of Amazon Music. Indeed, many in the biz regard Amazon Music as the natural streaming home for the genre, the older and less pop/hip-hop-centric demographics brought into the service by Alexa meaning country bags a bigger share of listening on Amazon than anywhere else. The firm has also consistently backed country artists, partnering on releases by the likes of this week’s Music Week cover star Luke Combs, Kane Brown and Kelsea Ballerini, who played Amazon’s Country Heat showcase at the Country Radio Seminar last month (pictured).

Why did it take so long for country fans to get into streaming?
“I don’t have a great answer for why, but we saw an opportunity when we got into streaming with the launch of Prime Music in 2014 and Amazon Music Unlimited in 2016. But it really started to pick up steam when Alexa hit the marketplace. It reduced friction, brought voice into the home and made it really easy to consume the music. It was great instigator for the entire streaming world, but country certainly benefitted from that.”

Why has Amazon in particular been so strong in country streaming?
“We invested heavily in a team in Nashville years ago [because] looking at the data from the physical business and downloads industry gave us the inkling that this was going to happen. We’ve spent a lot of time thinking about how to build the editorial space and tell stories. Kane Brown documentary. And for years we have had an exclusive streaming partnership with Garth Brooks. We were able to sit down with him and his team and find a partnership that could work on both ends – and both parties have been really happy with that deal. When you have the No.1 selling solo artist of all time exclusive on your service, that gives you a nice calling card to the country fans.”

How has that partnership worked for both sides?
“Both sides are at the table working through what our respective goals are. You can find a place where both parties are happy and we have mutual goals aligned, thinking about the physical business, because that’s still important to the genre, and helping Garth grow his fanbase in the streaming world. The reason it works is it truly is a partnership. Both sides have been really happy with that and I expect us to continue this type of partnership for years to come.”

Has streaming helped the genre internationally?
“Streaming has really opened up the genre to a much bigger global audience. What you’re also seeing is the genre bending into other genres like rock and hip-hop. Country has expanded its customer base and that’s been really impactful.”

And how do you see the future?
“We see a lot of growth in the streaming space. We have 55m customers across Amazon Music but we’re still very much in the early days of streaming and we’re really bullish around the opportunities that are in front of us. We have a lot of plans to continue to invest, not only in Amazon Music but the country genre, you’ll see us adding more dollars from a marketing perspective, more headcount to the team, thinking about storytelling, editorial and how we add more value to our listeners. We’re really excited about what’s happening and what you’re going to see a few years from now is the continued growth of overall streaming and that carries through to country music as well.”