'An incredible singer': Freya Ridings is YouTube Music's new Artist On The Rise 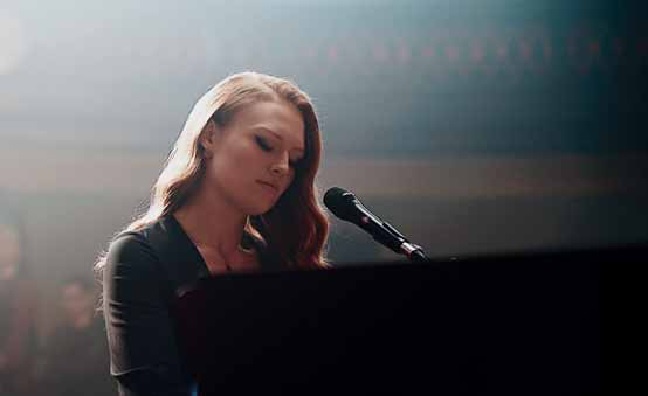 Freya Ridings has been unveiled as YouTube Music’s second Artist On The Rise in the UK.

Ridings, who starred on the cover of Music Week in January, releases her self-titled debut album today (July 19) via Good Soldier Songs.

Ridings has racked up more than 50 million global views on YouTube in the last 12 months, her most-watched video is Lost Without You, with 15 million views.

Mabel, now a two-time Music Week cover star, was announced as YouTube Music’s first Aritst On The Rise earlier this year. The initiative gives fans insight into the chosen act’s career path so far, while the campaign is supported by billboards in London, Los Angeles and New York. YouTube Music also pledges support via social media.

Freya Ridings’ rise was sparked by Top 10 hit Lost Without You, which peaked at No.9 and has 850,312 sales to date. It was boosted by a sync on Love Island last summer.

Azi Eftekhari, head of label relations EMEA, YouTube said: “Freya Ridings is truly a rising star on YouTube and beyond. We’re so pleased that she's the second artist to join YouTube Music's Artist on the Rise programme here in the UK. Freya's fanbase on YouTube is growing at a rapid pace, more than doubling subscribers this year alone. She's an incredible singer songwriter - a truly unique British talent. We can't wait to see what comes next from Freya.”

Freya Ridings said: "Being Youtube Music's Artist on The Rise means so much more to me than you can imagine. I can't express the sheer amount of inspiration YouTube has brought me over the years, it's opened up such a beautiful world of sharing and learning and to be recognised as the next Artist on the Rise fills me with confidence that this community really cares"