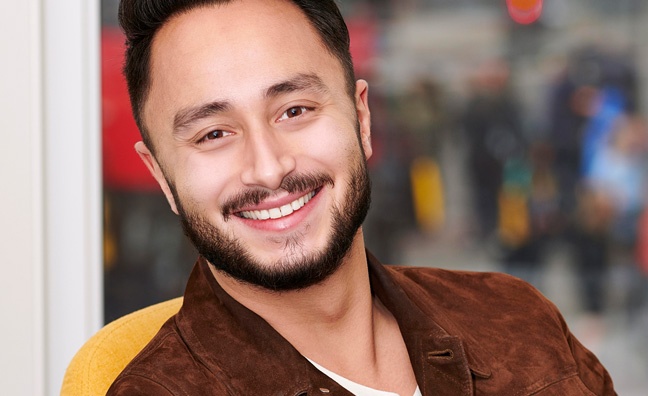 Notorious file-sharing site Napster shook the world to its core around the turn of the 21st century before its rehabilitation as a legitimate streaming service. A Digital Music News report named Napster as the best-paying streaming platform for artists in 2020 at a rate of $0.019 per stream.

“We love the Napster brand – it’s the first platform that a lot of people used back in the day,” said Matchett, speaking in the latest issue of Music Week. “It has gone from something that was very disruptive, then looked on quite unfavourably, to now being perceived as quite favourable by the music industry – paying the most to artists, for example.

“We see huge potential in combining the businesses together, launching something that’s new, exciting and hasn’t been seen before, under the Napster brand, but with all of Melody’s content and a lot more. That was the attraction, not trying to compete on an apples-to-apples basis in the streaming market, but the two plus two equals six, in this case, of putting both companies together.

"When we think about labels, we want to give them the tools to be able to not just distribute recorded music, but also to see benefits of that against other types of format and content – content we create, content we licence – so really giving people a bit more of a full spectrum, so to speak, of an artist’s repertoire.”

Napster serves more than three million users across four continents and delivers more than 90 million licensed tracks to consumers and B2B partners. MelodyVR, which was founded by Matchett and business partner Steven Hancock in 2015, is rebranding as Napster in the wake of the reverse takeover, albeit the firms will continue to operate as independent businesses in the short term.

“In the music industry, everyone knows what Napster is," said Matchett. "It is globally recognised as a music company and being able to relaunch that in an exciting way is part of the appeal. There was a lot of back and forth about whether we kept Melody or wrapped them both together, but we made the difficult decision to run with Napster as it’s a globally known brand name and there’s real value in that.”

Matchett also weighed in on the latest developments with the #BrokenRecord debate.

“Streaming has grown exponentially over the last few years, which is clearly good news for the industry overall," he said. "We firmly believe that artists need to be fairly paid for their work and that music is an art form that must be respected. Although the streaming ‘pie’ is growing year-on-year, we know that a large amount of artists don’t feel that they’re reaping the benefits and clearly something needs to be done.

"The streaming landscape is a competitive business to be in, and at Napster we already pay the vast majority of our revenue back to rights-holders and artists. With that in mind, we’re focused on how we can directly benefit artists via other means, by monetising livestreaming for example, or by investing directly into original content creation. As part of the relaunch of the Napster brand later this year, we intend to bring a number of new initiatives to the table that will directly benefit artists and the industry.”