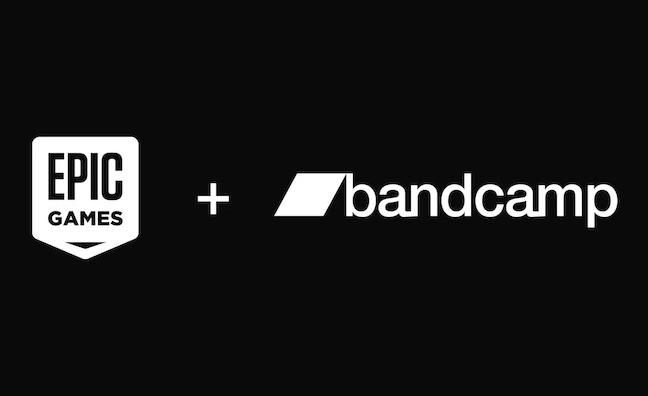 The gaming giant behind Fortnite has made the move at a time when music and gaming synergies are intensifying.

The audiences for both video games and music streaming have substantial crossover, while there are more and more partnerships being announced between the sectors.

Fortnite has teamed with big stars for in-game performances, including an inaugural set from DJ Marshmello and a recent partnership with Easy Life at The O2.

Bandcamp is of course a platform for independent music creators rather than superstar artists. But DIY music distribution is one of the fastest-growing sectors in the streaming era.

“Fair and open platforms are critical to the future of the creator economy,” said Epic Games in a statement. “Epic and Bandcamp share a mission of building the most artist-friendly platform that enables creators to keep the majority of their hard-earned money. Bandcamp will play an important role in Epic’s vision to build out a creator marketplace ecosystem for content, technology, games, art, music and more.”

“We couldn’t be more excited to welcome the Bandcamp team to Epic Games,” said Steve Allison, VP and general manager, store at Epic Games. “Bandcamp has built an incredible community and business where up and coming artists can succeed thanks to the direct support of their fans, with one of the best revenue models and terms in music. This aligns closely with Epic’s approach to supporting creators across all media and enabling them to connect directly with their fans.”

In a blog post, Ethan Diamond, CEO and co-founder of Bandcamp, said: “Bandcamp’s mission is to help spread the healing power of music by building a community where artists thrive through the direct support of their fans.

“In Epic, we’ve found a partner who believes as deeply as we do that the future of music, and art itself, depends on the creation of equitable and inclusive communities like the one our fans and artists have helped to build. We’re excited to work alongside the Epic team to accelerate the realisation of our mission and pursue our shared goal of empowering more creators in a fair and open way.”

It remains to be seen how the independent music sector reacts to the move, although Diamond stressed that Bandcamp will "keep operating as a standalone marketplace and music community". Epic will help the platfofrm expand internationally and "push development forward", he added.

Epic Games’ Unreal Engine has been utilised for music videos.

Tencent is a major investor in Epic Games, while Sony Corp has made a strategic investment in the gaming firm.