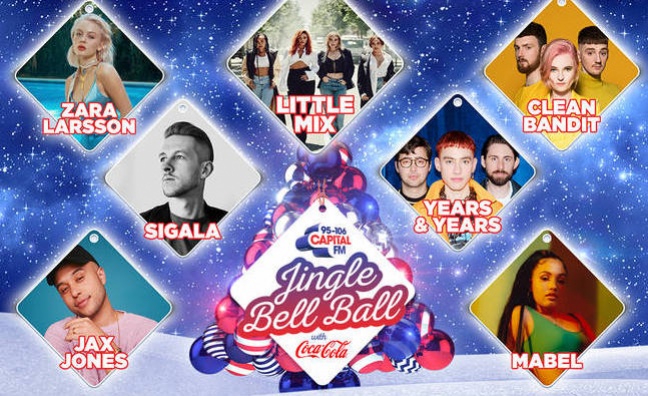 Video from the event, which takes place at London's O2 Arena, will be available via the social platform for the first time.

Streams of live performances will also appear on Capitalfm.com and via Global Player and via the Capital app.

“It’s fantastic to partner with one of the biggest social platforms in the world to bring Capital’s Jingle Bell Ball with Coca-Cola to Twitter for the first time," said Global's director of digital James Hickman.

"Capital’s Jingle Bell Ball with Coca-Cola is always a sell out event so this is a great opportunity to share this world class show featuring an amazing line up of artists with even more music fans across the UK.”

Earlier this year Global launched its own awards to accompany its Summertime Ball and Jingle Bell Ball live offerings.