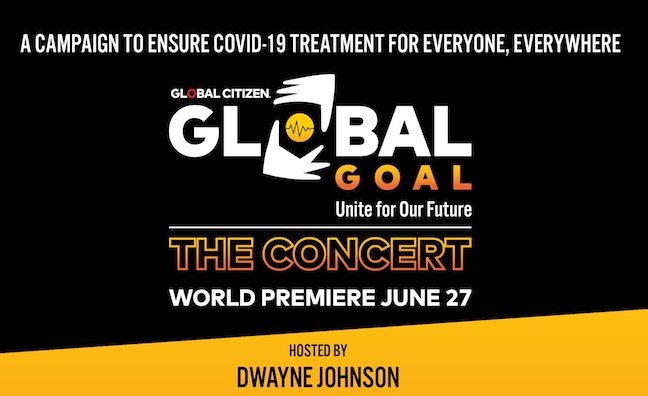 Coldplay, Justin Bieber, Miley Cyrus, Usher, Jennifer Hudson and Christine And The Queens are among acts confirmed for Global Goal: Unite For Our Future – The Concert on Saturday (June 27).

The globally televised and livestreamed special is staged by Global Citizen and the European Commission as part of the fight to tackle Covid-19.

It will highlight the disproportionate impact the pandemic has has on marginalised communities,  including people of colour, those living in extreme poverty and other communities facing discrimination.

It follows Global Citizen’s One World: Together At Home all-star livestream, which reached an audience of six million on BBC One.

“Global Citizens around the world are calling for systemic change, change that brings about justice for everyone, everywhere, regardless of where they were born or the color of their skin,” said Hugh Evans, co-founder and CEO of Global Citizen. “If we are to end Covid-19 for all, we need our world leaders to commit the billions of dollars needed to equitably deliver testing, treatments, and vaccines.”

The concert will air on broadcasters around the world including ARD, Canal+ Group, RTVE in Europe; Bell Media, CBC, Citytv, and Global TV in Canada; and NBC and iHeartMedia in the US. BBC Television is already heavily committed to classic Glastonbury broadcasts on June 27.

It will also be streamed on global platforms including Apple, Brut, Roku, Insight TV, Tidal, Twitch, Twitter, Yahoo!, and YouTube.

“Artists have the power to inspire change,” said von der Leyen. “They use their talents to serve great causes.”

The organisations supported by the campaign include those at the forefront of developing tests, treatments, and vaccines, as well as those that will ensure the equitable delivery of these tools to everyone who needs them.

“This moment requires all of us to act,” said Miley Cyrus. “Because of this global effort, we will be more able to ensure that everyone, everywhere has access to Covid-19 testing and treatment, regardless of their income or where they live.”