'Data is key': How the music biz is embracing the apps world 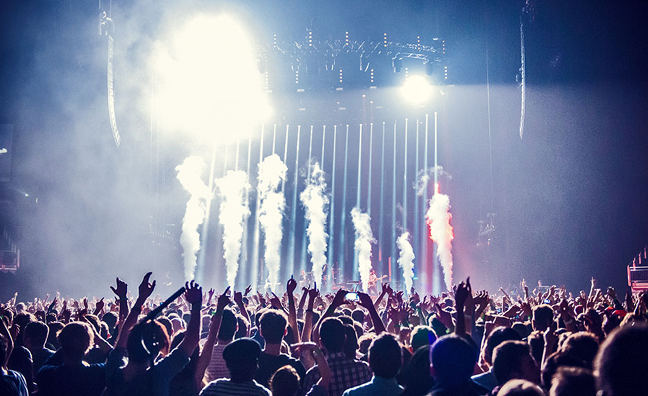 The music business is catching up with consumers fast when it comes to seeing the benefits of apps, according to a new Music Week report.

“We’ve seen that the music business as a whole is definitely seeing the benefits of having an app,” said Green, whose company develops apps for festivals, events, conferences and artists.

“Many promoters see the benefits of owning social channels and communicating directly with their fans, as well as opening up a new revenue stream,” he added. “We’re seeing that trend start to pick up and expect it to spike significantly in the not-too-distant future as the consumer demand continues to rise. “

LiveStyled’s James Chambers supports the view that the market will become more crowded in the future. LiveStyled’s client base includes The O2 and SSE Arenas at Wembley and Belfast.

“We’ll see more and more venues introducing apps, or utilising more of the functionality,” he told Music Week. “We now incorporate AXS Flash Seats ticketing into the O2 app and, come autumn, this digital ticketing will be the only way to enter the arena.”

“Digital ticketing is being used more and more to protect fans from unfair resale increases and to utilise the increased security of knowing exactly who is in your venue,” he said. “The benefits of the venue app here, are that once you know the ticket holder, the app can personalise the content to enhance their experience further.”

He added: “In a landscape where music is more accessible than ever, it’s important for promoters and artists alike to have direct ownership of their user data.”

Music Week found that apps are making an impact elsewhere in the music biz,too.

Sony/ATV’s SCORE app, launched in 2017, is designed with transparency in mind, said Cranford, who is based in the publisher’s Nashville office.

“Sony/ATV’s goal has always been and continues to be complete transparency to our songwriters,” said Cranford. “We continuously look at ways to improve the user experience through the app.”

Cranford said the app has enhanced Sony/ATV can offer its roster, which ranges from Taylor Swift to The Beatles.

“It gives our songwriters access to all the information we receive about their royalties as soon as it is processed in our global publishing system,” Cranford added. “With this system, we can store and provide the most granular level of detail about their royalties from every source around the world.”

Subscribers can read the report in full online here. To subscribe and never miss a music biz story, click here.