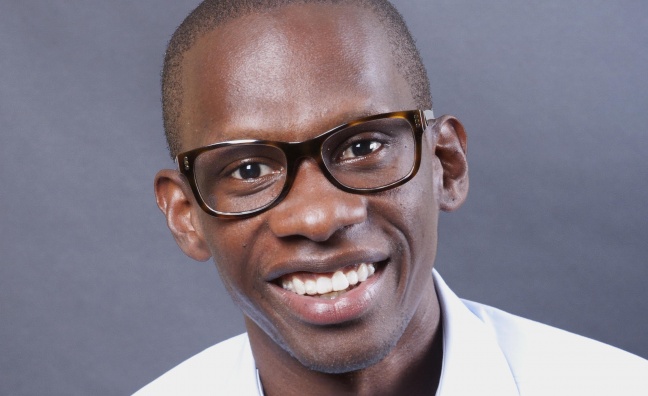 Troy Carter used his keynote appearance at Midem to say that he believes distribution companies do not provide artists with the level of understanding they need.

During an interview yesterday (June 4) with journalist Cherie Hu, the former manager of Lady Gaga and global head of creator services at Spotify said that the idea that every artist wants to be independent is a “false narrative."

"Taylor Swift does not want to be on TuneCore, no offence," quipped Carter, who recently founded music and technology company Q&A alongside J Erving.

"Taylor Swift was out of her deal and she decided to be with Universal. She did not do it for the money, it's for the support system they have around them and the infrastructure. It's for the experience there."

Carter plans to tailor Q&A’s offering to each artist’s needs. "The industry takes a monolithic approach to artists," said the exec, who used the example of Nike and the way the brand works differently for basketball players, golfers or runners.

A lot of the distribution companies are like black holes

Carter continued: "A lot of the distribution companies are like black holes where artists put their music into these pipes, and don’t know what comes out the other end.”

He called for distribution systems that "understand artists at their core." He said Q&A’s label services division is "highly curated" with a "very hands-on" team that builds the tools needed for artists.

Carter also said that the music industry needs a rethink about the way it operates, calling the major label system into question.

"You have three companies that have controlled the entire business, and you have publishing companies that are in business with those companies,” he said. “The structure of the business doesn’t really allow long-tail artists to monetise in a way that’s sustainable.”

On the issue of A&R, he praised "a handful of great A&R of people who are masterful to watch and who can make a song that's good into a song that's great, who can develop artists and push them in ways they did not know they could be pushed into."

Carter recalled Interscope founder Jimmy Iovine’s intervention at the start of the label’s relationship with Lady Gaga. The singer was supporting New Kids On The Block at an early show and Iovine commented on the poor sound. "Jimmy helped us fix the show, and that's A&R," said Carter.

Today, Carter argued, A&R is too often geared towards following trends. "A lot of what we’re seeing right now, the industry is chasing, 'This song is getting hot, I’m gonna start chasing this song,’ versus, ‘I’m going to find this artist that’s going to be around for 30 or 40 years.’”

Finally, Carter was asked about his relationship with Justin Bieber and Ariana Grande's manager Scooter Braun. "We have been friends for a long time and we had this dispute as both of us saw something from a different angle. And it got ugly and we said things that we both regret," said Carter, who revealed that over Christmas last year, he had breakfast with Braun.

"We sat down and thought it had gone too far. We squashed it and decided to hug it out. So he and I are now on speaking terms!"

Midem continues in Cannes this week, check musicweek.com and our Twitter page for updates from the conference.