'Don't let anyone limit you': YouTube's Helen Marquis brings the passion to Women In Music 2018 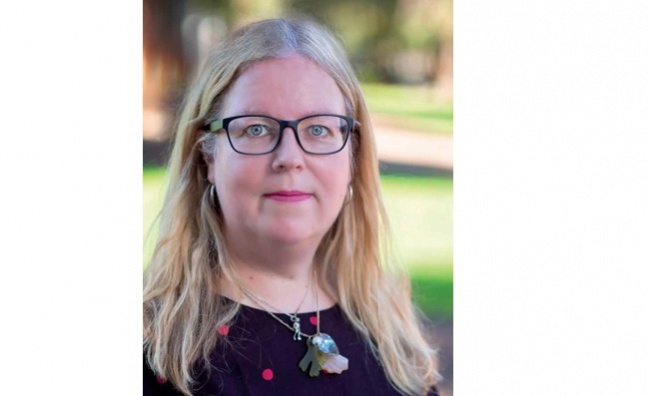 YouTube’s global head of programming, Helen Marquis, began her career working in Guernsey’s Number Nineteen Records, near where she grew up.

Roles at HMV in Manchester, Amazon and Play.com took her to Google in 2011, which resulted in a move to America in 2015 and a new role at YouTube in 2017.

That much alone tells you that Marquis has come along way since her record shop days. Upon winning the International Woman Of The Year trophy at the 2018 Music Week Women In Music Awards, Marquis delivered perhaps the most poignant speech of the day.

Matching personal candour and no little business insight, her words had the effect of slowing down the rush of the afternoon; creating a pause for thought about the state the music industry finds itself in.

You can read Marquis’ insightful Music Week profile – which takes in everything from UK execs cracking America to sexism in music videos – online here. Relive the best moments of Women In Music 2018 here, and click here for the full winners’ report.

Here too, we present Marquis’ speech in full…

So many quotes from Int'l Woman of the Year @YouTube's Helen Marquis' speech: "Don't ever think of us as helping w/ your quotas / We're significantly less likely to sexually harass someone ???? / Don't compete against each other & up to objectification / Be a +ve force of change" pic.twitter.com/iRFpRbpaUZ

“A huge thank you to Vivien Lewit and all the rest of my friends at YouTube for making me a part of their amazing team. Also, a huge thank you to everyone that voted for me, considering I’ve been gone for four years now, it was really touching to know you haven’t forgotten me yet.

“I’ve flown nearly 5,500 miles to be here with you today, so if you’ll just indulge me with a few minutes, I’ve got a few things I would like to say. I wrote this after a couple of glasses of champagne on the plane, so sit down and get yourself comfortable.

“A long, long time ago, during a stock take at a store where I was working, I was told by my then-manager, to sweep the stairs because it was women’s work. While I was raging inside, I also needed the job really badly so I didn’t say anything. I was one of three women in a team of 40. I didn’t feel empowered to stand up to him. Instead, I took the broom and when he went back to his office, I sat on the stairs but I didn’t sweep them. When he came back, he complimented me on the great job I’d done!

“Although I momentarily felt that balanced the scales a little in my favour, it was still a hollow victory. With the benefit of hindsight I have a better and less passive aggressive response to that former manager and one that may actually surprise you. Yes, floor sweeping is women’s work, but so is being an astronaut, being a brain surgeon, a teacher, a finance expert, even a record company executive.

“Many underestimate us. Don’t ever think of us as being here to fill quotas to increase your diversity. We deserve to be here because we are great at what we do and we add a huge amount of value to your businesses. We are smart, we are creative, we know how to connect with people, and statistically speaking, and I have a master’s degree, we are significantly less likely to sexually harass anyone!

Don't feel the need to compete with one another

“If I can pass on any wisdom from my years of deal with this kind of bullshit, it is the following. Firstly, stick up for one another. We are stronger together. Don’t feel the need to compete with one another, elevate each other. Find a mentor or a role model. I was really lucky to have an amazing unconventional mother, who rode motorbikes, had a job – which, in the early ’70s was not that common – grew most of our food in the garden, and was eternally curious, studying at night school just to better herself. I hope I have inherited at least a fraction of her daring spirit and badass attitude.

“Don’t let anyone try and limit you or reduce you. Stand up to biases, stand up to aggression, stand up to sexism, stand up to objectification, and stand up to those who abuse their power. There are people who will hear you, who will believe in you and who will help you support you. Most of all, be the positive force of change. Show up, make your voice heard, and show everyone just how awesome we all are. The more we normalise this, the more women in the workplace will be normal.

“To end, I want to say a huge thank you to my two biggest inspirations in life, my mum and dad. Sadly, they are not able to be here because they are not here anymore. For a painful shy maths nerd from Guernsey, I never cease to be amazed by how my life has ended up, and it has a lot to do with the two people who gave me the most amazing start in life.

“They taught me never to accept limitations that others may try to impose on me, to treat others as you wish to be treated, to embrace and express my own weirdness – I was a goth! – and above all, to just be myself even if the world just wasn’t quite ready for me yet. Thank you.”