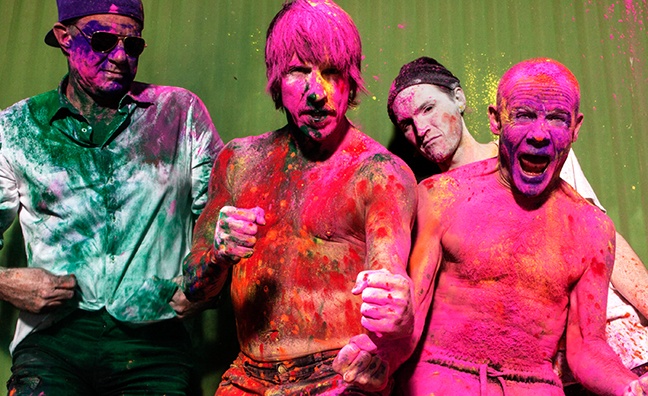 At the weekend, Download Festival raged louder than ever, as tens of thousands of rock fans packed Donington Park to mosh to the likes of System Of A Down, Mastodon, Biffy Clyro and Aerosmith.

But on the nation’s streaming platforms, things are much quieter. In last week’s special Rock Issue, Music Week investigated how metal and heavy rock (to use the Official Charts Company’s official sub-genre) was faring in the streaming age.

The statistics were remarkable. While new releases by pop, urban and dance music acts are generating massive streaming numbers, the rock streaming chart for 2017 to date is dominated by old classics.

In fact, not a single 2017 track makes the Top 40: you have to go all the way down to No.42 before you a find a release from this year (Take On The World by the ever-excellent You Me At Six).

The few more contemporary acts to cut through are, largely, from the more teen-friendly, emo end of rock: Fall Out Boy have three big streaming hits on the list and Panic! At The Disco have two. But most of rock’s core demo – the people who were rocking out at Download over the weekend – remain more likely to buy physical product and listen to full albums, rather than single tracks on a streaming playlist.

Whether that matters or not right now is a matter of some debate but, with streaming now so dominant in driving the singles chart, the days of a metal act’s fanbase driving a release to a high first-week chart position are now over. That’s not the case over on the albums chart yet but, with streaming also driving a bigger percentage of album ‘sales’ every week, it could soon be. And if rock loses that shop window as well, it could move further and further away from the mainstream – something that, lest we forget, it dominated as recently as the Noughties Nu-Metal era.

The science of playlisting and the tyranny of the skip rate means that rock and metal – which pride themselves on being different to everything else, rather than the same – will never fare well on the big, mainstream streaming playlists, although the likes of Paramore, Fall Out Boy and Bring Me The Horizon’s willingness to expand their sound may yet pay dividends in that area. And certainly the streaming services – despite good work by the likes of Spotify’s Dexter Batson and Deezer’s Renaud Doucet – could do way more both in trying to attract rock fans to subscribe and to promote rock music to those already there.

But, right now, none of the rock streaming numbers are huge: the 2017 No.1 rock streaming song, Red Hot Chili Peppers’ Can’t Stop, has only 6.7 million streams for the whole year to date – Luis Fonsi & Daddy Yankee’s Despacito scored more than that (8.86m) in the last week.

And that shows the extent of rock and metal’s problem. It won’t be able to rely on physical album sales forever. If the genre’s going to thrive in the digital age, the rock biz needs to find a way to make those rock/metal bands and fans as loud and proud on Spotify as they were at Download at the weekend – and fast.