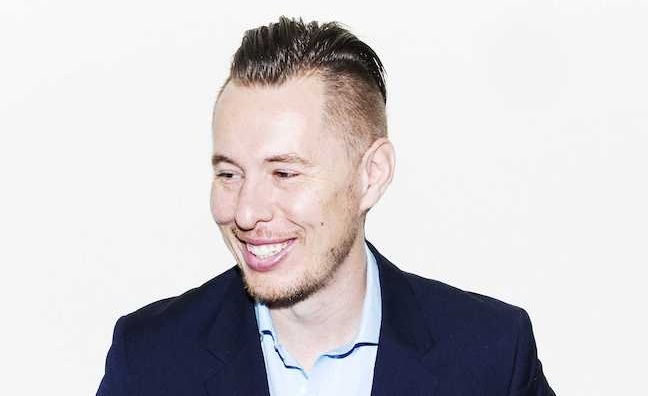 Found.ee describes the tool as the first of its kind for the music industry. It is paid for on a CPV (cost per view) basis. The user sets their start and end dates, alongside specified budget and targeting needs, which in turn creates their own bespoke list of destinations where the impressions will run.

According to Found.ee, it means that users now have the ability to self-service their own campaigns to the world’s biggest entertainment publishers and programmes, such as MTV, Discovery, Roku, Disney/ABC, Vevo and XBox.

“By bringing tools into the music business that have only ever existed in other industries, Found.ee has made video advertising accessible for even the smallest artist, allowing them to place their video ads directly into home televisions and premium websites,” said a statement.

Jason Hobbs (pictured), Found.ee CEO, said: “You’d be shocked at what it would cost and how difficult it is to run a video ad on television. Via Found.ee, anyone can now directly place video ads themselves for a fraction of the cost, revolutionising the self-service model. We’ve eliminated the gatekeepers and given accessibility to those who previously didn’t have the ability to even conceive of doing small ad buys on TV and premium sites as part of their marketing mix.”

Jon Bahr, Downtown Music Holdings’ VP of business development and strategy, added: “Streaming has rocked the TV industry just as it has music, and Found.ee’s premium video ad-buying tool allows everyone from a CD Baby emerging artist to massive label working with Fuga to direct sophisticated video buys on popular content channels and platforms. The breadth of marketing services Found.ee offers clients has risen significantly, enabling us to consistently deliver leading, first-mover technology and insightful, actionable first-party data. Found.ee is a necessary asset for so many needs across audience growth and fan engagement in entertainment and beyond.”

Created in 2013, the platform enables artists to connect with their fanbase, whilst having full transparency over their own first-party data and audience engagement. Users can control their digital marketing through a suite of services, including tailored interactive ads, data capturing tools, customisable landing pages, remarketing ads and more.

Aligning itself with the evolving music industry and the growth of video distribution across DSPs, this new product will be strategically offered across Found.ee’s client ecosystem. That reach includes Downtown’s clients in each of its companies, in addition to Found.ee’s 7,000 B2B entertainment clients, its 400,000 artist users on Downtown properties Show.co and HearNow, and other integrations outside of the Downtown enterprise.

“This further strengthens the positioning of the Found.ee and Downtown businesses as a market leader in driving equitable value on behalf of creators,” added the statement.

In the past year, Found.ee’s client base has more than doubled, with the platform now reaching more than 200 million people per month. It recently surpassed the creation of 10m unique landing pages and links.