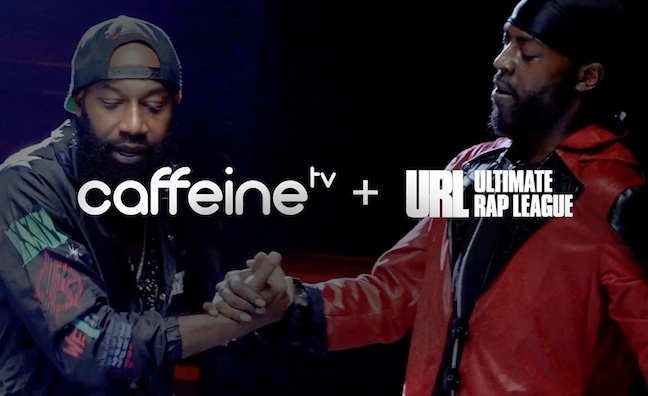 Drake has joined with broadcast platform Caffeine to unveil a line-up of events for Ultimate Rap League (URL) in 2021.

Last year, Drake brought together URL and Caffeine on a series of MC battles that drew a total audience of 8.7 million.

The 2021 schedule will feature both up-and-comers and the biggest MCs in the culture, according to a statement. Drake will star in two large-scale events this year on Caffeine and also pull in some of his favourite artists to perform.

On Saturday (February 13), Remy Ma and Papoose will appear on URL’s Kings vs Queens 2 on Caffeine and perform an original freestyle for the show.

The biggest battles on Caffeine draw hundreds of thousands of fans who watch, vote for winners and chat with friends and famous MCs. The level of interactivity has resulted in an average watch time of over 100 minutes for the main event battles. These main events regularly trended at No.1 on Twitter, alongside UFC, NBA, MLB and NFL.

The biggest event of the year drew an audience of 350,000 and was one of the biggest livestream events on any platform in 2020.

“Before Caffeine, I remember how difficult it was to stream battles, so to have made it easy enough that millions are watching and the fan base keeps growing is amazing,” said Drake.

“We brought battle rap into new and different corners of the world on Caffeine this year,” said Smack White, co-founder of URL. “We’re writing the playbook on how to leverage technology for the advancement of the culture and make art more accessible.”

Caffeine is today announcing season two of URL on Caffeine, with 163 events including 22 main events. The line-up includes: