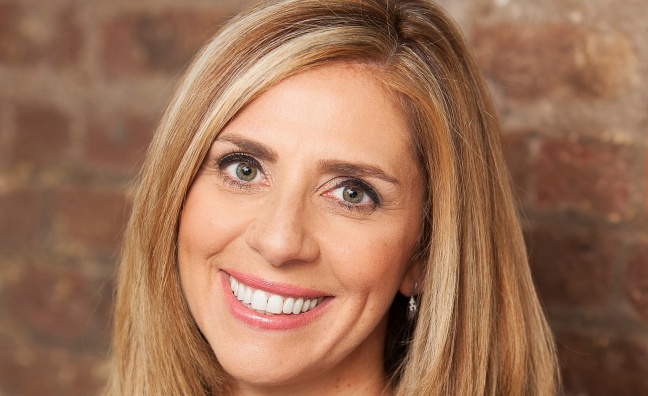 Despite the deep connections between the music industry and tech giants, it remains an uneasy relationship at times. The YouTube value gap is a recurring gripe with Google, along with issues with the search engine and copyright infringement, while Facebook’s music ambitions don’t seem to extend to getting a PRS licence. So Nicola Mendelsohn, the social media platform’s VP, Europe, Middle East and Africa, was an interesting booking as guest speaker at the BPI AGM at the trade body’s County Hall HQ today (September 7).

Mendelsohn didn’t address reports that Facebook is to pay millions to the music industry to protect its users from copyright violation when they upload material that contains illegal use of songs; nor did she mention PRS For Music. But the senior Facebook executive did a decent job of charming jaded label executives with stories of her formative years in the '80s at the Hacienda, where she recalled seeing The Smiths, New Order and Happy Mondays (“it was a great time”).

The first LP she bought was Queen’s Greatest Hits, and word must have reached the BPI because she was presented with a platinum disc at the end.

Facebook's Nicola Mendelsohn was surprised with a Queen platinum disc after she revealed she was a fan during her BPI AGM speech pic.twitter.com/VrDJTRnZOf

“Music has always been an important part of my life,” said Mendelsohn.

Drawn to a career in advertising by the iconic 1985 Levi’s advert featuring Heard It Through The Grapevine, Mendelsohn described herself as a champion of the music industry at Facebook (she underlined the increasing importance of Facebook Live) and as co-chair of the Creative Industries Council, a joint forum between the creative industries and government.

She hailed Facebook as a platform where “the experience of listening to music is shared between people across borders and artists are able to connect directly with their fans in real time”.

“One of the greatest contributions of social media – and platforms like Facebook – has been the ability to shift the balance back towards music as a shared experience,” she added. Among Facebook communities, 880 million users have liked a music-related page

“More and more artists are using live video on Facebook and Instragram to connect directly with their fans,” she added. “Already a fifth of all videos on Facebook are live and they get 10 times more comments than other videos, and music is no exception.”

Fellow Mancunian Liam Gallagher was singled out for his adoption of the Facebook-owned Instagram. “Liam Gallagher joined Instagram recently,” said Mendelsohn. “He’s been using Instagram live on stage to give fans around the world a really truly unique perspective at his shows.”

There were also some practical measures in the speech that aimed to show an engagement with the artists who rely on the platform.

“We’ve also found new ways to support artists on Facebook,” said Mendelsohn. “We’ve heard from our partners that posting their events on Facebook to drive RSVPs and ticket sales has been challenging. Artists told us that us for recurring events like tours there actually hasn’t been an easy tool on Facebook. We’re testing a feature to allow the event admins to more easily share multiple Facebook events together as a series or tour. It’s thanks to feedback from artists that we can make updates like this.”

Mendelsohn also stressed the role of software on Facebook to block copyright-infringing content, tools for rights holders to block material and monitoring by Facebook that results in removal “within hours of reporting”.

“We also recognise and respect the value of all artists, and so that’s why we’ve built a specialised team to address piracy and copyright violations on our platforms,” she said. “We’re doing that often as a result of engagement with rights holders like the BPI.”

BPI chief executive Geoff Taylor had a more hardheaded view of the business in 2017, despite positive global music exports announced today showing earnings of £1 million a day and progress on dealing with stream-ripping.

In the light of a recent Goldman Sachs report predicting huge streaming revenues in the decade ahead, Taylor said it was “premature” to get carried away.

“We are still light years behind where we were even 15 years ago in the scale of our business,” he said. “We have a huge amount of work to do if we are going to maximise this new period of growth.”

“The existing generation of streaming services cannot be the final frontier,” he added. “We need to continue to innovate in the experience that we offer to music fans. We need different kinds of services, with better editorial, better music discovery features. We need to harness the power of technology to offer a more immersive experience to music fans. We need to use hi-res audio, hi-res video, we need to use virtual reality, augmented reality. There’s the potential for recorded music to use that technology to offer a much richer experience. We should be integrated better with the car and voice assistants, which are becoming much more important in the home.”

Taylor said the UK business faced “strong global competition in the new streaming era”, adding that the BPI is monitoring the domestic impact of foreign repertoire on the global charts, such as the wave of Latin music this summer.

“We’re holding up pretty well,” he said. “But nonetheless, we can expect to face more of a challenge from overseas in our domestic market. But the reverse of that is that we have a global opportunity.”

Taylor said there has been progress on piracy and search engine rankings, but called on government to continue to support the BPI in tackling copyright infringement.

On Brexit, he said the BPI will press ministers on trade negotiations and called for “a good scheme of short-term working visas for artists who go to the EU to tour to promote our music”.

Following the export figures from the BPI, UK Music chief executive Michael Dugher added his voice to the calls for support for the touring business during Brexit.

“These fantastic figures from the BPI show the huge success of the UK’s music industry overseas and reflects the global appeal of British artists,” he said. “But, with Britain heading for Brexit, it is more important than ever that the government helps safeguard our industry by ensuring music rights are protected and touring is not made more difficult with extra costs and red tape.”