'Fans have a clear choice': Government-backed anti-piracy scheme moves to next phase 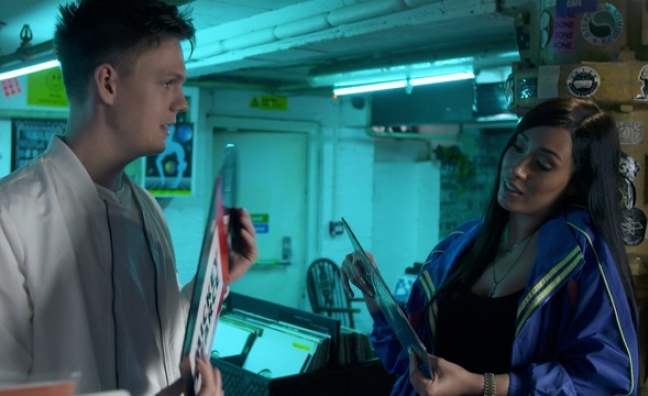 Consumer education initiative Get It Right (From A Genuine Site), which bids to highlight the true cost of piracy, is moving to its next phase.

The Government-funded campaign, which is led jointly by the BPI and Motion Picture Association, has launched a new video on the Get It Right YouTube Channel, starring leading content creator Caspar Lee and its influencer host, Snoochie Shy.

The video continues the aim of encouraging consumers to take time to identify and access genuine and licensed sources of content so that the volume of copyrighted material being accessed, streamed and shared without permission can be reduced.

Nigel Adams, Minister for sport, media and the creative industries, said: “We need to have the right environment where UK creative firms receive the value of their amazing content so that they can produce more of it. Our Creative Industries Sector Deal committed to strengthening intellectual property rights by bringing industry together to tackle online piracy, including through our £2 million investment in the Get it Right campaign.”

Research commissioned by CCUK during and after the first phase indicating that Get it Right's anti-piracy message has reached nearly a third (almost 30%) of the UK 16-50 year old population.

The new two-and-a-half minute video will be supported by a digital advertising and influencer campaign, which will be carefully tracked to see how it resonates with the target audience of 16-24 year olds.

Ian Moss, BPI director of public affairs and co-director of Creative Content UK (CCUK), added: “It’s encouraging to see Get It Right quietly but surely having a positive effect, and that its core message is getting through. Fans have a clear choice – If they value the creative process, and access content legally from licensed sources, creators will be able to invest more of their time and creativity into producing the music, film and other entertainment we love. If they don’t, and creators feel less able to take risks and invest, this rich choice will diminish for us all.”

Since its launch in 2016, Get It Right has engaged with Millennials and younger consumers in particular – the groups that tend to infringe the most – around their love of content. The scheme has sought to reduce content infringement by connecting with these groups more closely on their own terms and in the places where they are already enjoying content.